Friday, 21 September 2018
0
Emily Folk
President Donald Trump has made big promises about deregulating energy and has followed through on some of them. Most of his promises and efforts, however, have focused on fossil fuels. Deregulation could also have a positive impact on the renewables market. 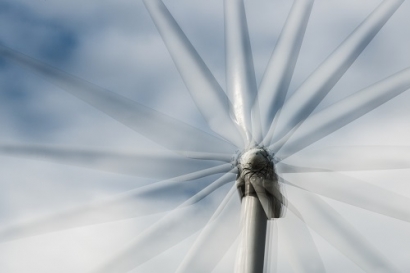 Deregulation in the United States

For most of the history of the U.S. energy market, utilities operated as regulated monopolies. In many states, they still do. Some states, though, have started to deregulate.

In regulated markets, the government controls the prices utilities can charge for electricity, and there is often little choice for customers regarding which company to buy power from. This structure has the benefit of ensuring reliable electric power, while also keeping prices affordable.

The drawback is that there is limited competition to encourage utilities to innovate, offer new services and reduce their prices.

Following several changes to federal law, some states started to reduce regulation in their energy markets and open them up to competition. Currently, Pennsylvania, New York, Maryland, New Jersey, Ohio, Michigan, Illinois, Montana and Washington D.C. have fully deregulated markets for both electricity and gas.

Customers in deregulated states can choose among various energy suppliers. The local utility still typically delivers that energy through its infrastructure.

What Deregulation Means for Renewables

In states with customer choice, people can shop around for energy suppliers, rather than having one option for everyone. That means they can switch to a new company if they find a better price.

Deregulation also empowers alternative energy suppliers to enter the market. These suppliers can offer 100 percent renewable energy options to customers. These options are often more expensive than buying standard utility electricity, but some may choose it to reduce their environmental footprint and support the renewable energy market.

The idea is that markets that offer consumers a choice give them a chance to vote with their wallets. This increased participation in the renewables market will help the clean energy sector grow and help customers live greener lifestyles.

Regulations in the Way

In states that are highly regulated, such choice is not possible. Utilities might use some renewable resources to generate their electricity, but customers do not often have the same option to choose 100 percent renewables. Utility companies could offer this, but they don't have competition to incentivize them to come up with such innovative programs or to reduce the prices of their renewable energy offers.

Laws and regulatory directives could be introduced that require them to take these steps, but these routes are often less efficient than letting the market work.

There are also other laws and regulations that can get in the way of increasing renewables' share of the market, even in largely deregulated states.

Buying solar from utilities or alternative suppliers aren't the only ways consumers can access renewable energy — they can also install solar panels and other clean energy equipment on their properties. In some states, though, laws make it difficult for them to do this.

Zoning laws, licensing requirements and price controls are all factors that can impact customers' ability to install their own clean energy resources. Research has shown that the market for plug-and-play solar equipment, which is designed to be easy for consumers to install, is held back by regulations. This research also determined there is no technical reason for disallowing this type of equipment.

Some argue that deregulating energy markets would cause too many sudden changes and result in uncertainty for renewable energy providers. They worry it may disrupt ongoing renewable energy programs and that the market will take too long to increase the share of renewables.

Indeed, the market is difficult to predict. It's hard to say how both companies and consumers will react to changes. Research suggests, though, that utilities typically adopt one of two strategies — lowering prices to attract more customers or providing options the competition does not, such as renewable energy programs.

Even in deregulated markets, there are still policies that influence how companies operate. Some create barriers to the adoption of renewables, while others encourage it. We are still working out how best to incorporate renewables into our energy system. Deregulation isn't a perfect solution, but it's may be a good place to start.