Monday, 09 September 2019
0
Emily Folk
Population growth and a growing food scarcity problem means it's essential for us to figure out how to give people access to nutritious food in feasible ways. And, because mitigating climate change and reducing our dependence on fossil fuels are also priorities, there's a push to determine how to meet all our food needs without overlooking sustainability. 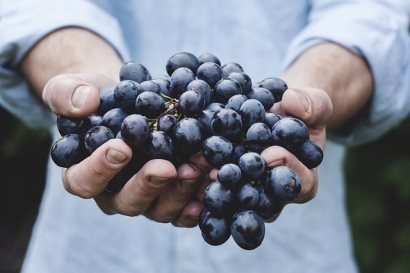 The world's largest food producers and brands often serve as leaders and smaller companies follow. If big brands see what possibilities exist in renewable energy, smaller enterprises feel justified in doing the same. In the Philippines, Nestlé contracted with a power company to provide clean energy to one of its factories.

That partnership extends an arrangement whereby Nestlé also uses clean energy for two of its other factories there, as well as an administrative building. More specifically, Nestlé relies on geothermal power at those facilities.

When well-known global brands like Nestlé decide that renewable power is right for them, food production companies of all sizes are more likely to view renewable energy as an option rather than something out of reach.

Solar Panels Boost the Yields of Some Crops

A recent study from experts at the University of Arizona also gave momentum to a practice called agrivoltaics. It involves putting solar panels on farmland and choosing areas that are best-positioned to help the surrounding areas use solar power. The research concluded that land currently used for crops has the highest solar-power potential.

Some people worry that using solar power on farmland compromises food production. But, some of the scientists at the University of Arizona say there's no need to choose. Extensive research informed them that certain crops do better under the shade of the solar panels instead of in direct sunlight. In some cases, the production amounts were three times greater for the crops underneath the solar panels.

The spaciousness of farmland could work well for solar panels. And, choosing the crops to grow near the solar panels could boost production rates, plus support the planet through renewable energy.

Farms Can Set Themselves Apart From Competitors with Renewables

In today's society, companies cannot merely assure customers with their words that they're more sustainable than their peers. Some brands decide to obtain Sustainably Grown certifications. Getting certified means tackling many parts of sustainability, ranging from soil health to conscious labor practices. Part of earning that designation requires companies to keep track of renewable and non-renewable energy sources.

Renewable energy is certainly not the only factor that comes into play for people who want to become certified as responsible growers. However, it's a component that's increasingly accessible to farming enterprises that want to benefit from it.

Whether or not farms decide to get certified, they can show that they're pioneering producers by explicitly choosing to use renewables whenever possible. Making that decision could fit into broader environmental sustainability goals, too. For example, if a local restaurant has a sustainability aim, the enterprise's representatives would likely select a farm that uses solar energy to source some of its food needs rather than one that does not.

Renewable energy can give another revenue stream to food producers that choose to devote some of their land to the respective equipment. The income they earn that way could provide financial relief that helps them stay in the agricultural business if poor crop results hurt their profits. In Illinois, the state's governor recently did away with a policy that prevented farmers from getting agricultural tax credits for installing solar panels.

Some of the farmers in Illinois and elsewhere see solar energy as a source of revenue that's more constant than their crops may provide during a given year. That way, they can rebound from disappointing growing seasons rather than fearing that those downturns might permanently put them out of business.

If a farmer ultimately decides they cannot continue to profit and must shut down operations, the impact could be substantial for local and national economies. But, if people who make a living in agriculture begin to see that they could use some of their land to support the need for renewable energy, that option could help them remain profitable even in uncertain circumstances.

Then, thanks to the financial help that solar power gives them, they could continually look into new growing technologies or other advancements that help them meet food supply needs.

Renewable energy can be mutually beneficial for food producers and the amounts available for people to eat. Those outcomes make renewable energy a particularly appealing option.