How the DOE Is Endangering Energy Efficiency Standards

Thursday, 06 August 2020
3
Emily Folk
As of the beginning of 2019, the United States Department of Energy had been considering drastic changes to the protocols, procedures and guidelines that it upholds and mandates in terms of energy efficiency. A year later, at the beginning of 2020, these changes became official. 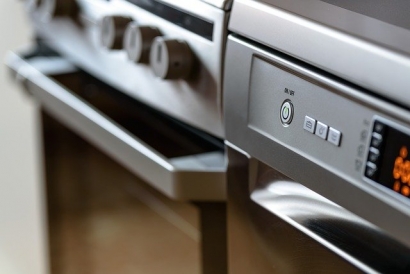 Now, through lawsuits and backlash, the DOE energy efficiency decision is doing more harm than good — economically and environmentally.

On February 13, 2019, the DOE introduced its plans to change the "Process Rule." This rule describes the procedures the department must follow when updating energy standards for appliances and equipment.

The decision drew immediate backlash from the Natural Resources Defense Council (NRDC), which has been heavily critical of the Trump administration DOE throughout this term. Then, on January 15, 2020, the DOE announced its final revisions to the "Process Rule," drawing the same backlash from the NRDC and other activist groups.

The new updates change the way the DOE goes about regulating and enforcing energy efficiency standards. Based on the DOE's update alone, it claims that the decision will create a threshold for energy savings, establish a longer timeline for testing procedures and arrange standards for new testing procedures that line up with what private sectors agree on.

In addition to the changes, the DOE announced that it would be seeking public comments on the final updates. This inclusion of public feedback is something the department did after the first announcement back in 2019. However, despite the negative responses to the harmful repercussions of this decision, the DOE has moved ahead with its plans.

Energy efficiency standards are what keep sustainability practices and goals moving forward. With appliances and equipment, the previous energy standards were on track to save consumers $2 trillion or more. The reason for these savings is because most energy-efficient products conserve energy for longer periods of time. They last longer and use less power, ultimately helping consumers — and the government as well.

The $2 trillion breaks down into roughly $500 per household per year, which is a significant amount of money. That amount drops, though, with the new DOE changes.

First, the procedural changes add steps to evaluating standards. Not for the manufacturers — the DOE is making the process harder on itself, which ultimately slows down the entire system. The timeframe might be overly long and may get nothing done.

Similarly, the DOE has set inefficient testing thresholds. Though it claims that it will test for "significant" energy savings, it's more of a delay tactic. Ultimately, it impedes on current and future efforts to make appliances and equipment comply with energy standards.

Although it's subtle, these changes allow manufacturers to sidestep previous energy efficiency standards, since the DOE will be too inefficient and slow.

As this mandate comes into play, consumers lose savings and the environment sees an uptick in pollution and environmental harm. For instance, energy-saving devices like refrigerators and air conditioners helped the U.S. avoid 2.3 billion tons of CO2 emissions — equivalent to the annual emissions of 500 cars.

With the DOE energy efficiency standards headed in the wrong direction, the environment will need immediate attention.

With such high-impact decisions as this one, there is bound to be backlash. Most notably, the NRDC is on top of all the negative decisions the Trump administration has been putting forward. For this DOE energy efficiency decision, the NRDC filed a lawsuit on April 14 of this year.

Joining the NRDC in its lawsuit are Earthjustice, the U.S. Public Interest Research Group and Environment America. Additionally, 13 states, including California, New York and New Jersey, stand with these groups in the case.

This marks the 107th lawsuit the NRDC has filed against the Trump administration. Backlash against the DOE, especially, isn't new. The department missed 16 critical deadlines since January 2019 — and that number has grown since then. Each missed deadline is a step closer to the abdication of the DOE's very purpose.

With continuing backlash and the presidential election coming up in November, it's unclear how this decision will fully play out.

The best energy efficiency standards are necessary to keep societies progressing forward. The environment, economy and individuals all benefit from sustainable practices. The DOE's decision stands in direct contrast to these needs. With luck, continued public pressure and action from other government officials will successfully challenge these decisions.

Tags: Efficiency , Saving , Sustainability , United States
Add a comment
Liam White
Hi, are you going through issues due to poor credit? Are you seeking a home loan or auto loan? Do you want to get rid of all negative and derogatory items on your credit report? Do you which to increase your FICO? Then I suggest you contact Lanx Credit Solution, they are very good at credit repairs and fixing. They gave me an excellent credit and FICO in 10 days, they also made it possible for me to own a home. this review is in appreciation of their hard work. Their contact info is LANXCREDITSOLUTION@GMAIL.COM and or +1 (214) 888 9709
Clarkson
Clarkson
biomass