The Role of Renewable Energy in the Manufacturing Sector

Monday, 08 April 2019
1
Emily Folk
Pivoting from fossil fuels to renewable energy is clearly the wave of the future. But making meaningful changes to how humanity uses earth's resources requires a full, industry-by-industry accounting of where we currently stand. 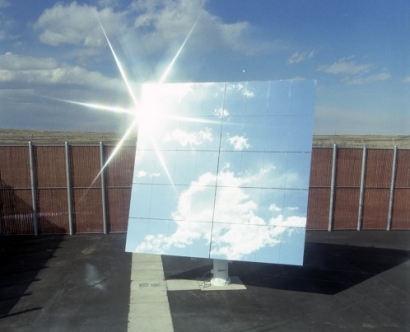 The Clean Energy Manufacturing Initiative (CEMI) is a few years old now, but its mission is ongoing: to rally talent from across the industry to design and deploy more efficient technologies and find less wasteful ways to meet consumer material demands.

Renewable energy is the future of the manufacturing industry and CEMI is just one of many institutions helping get there. So let's take a look at some of the ways we can put renewables to work manufacturing the many products we depend on.

Turning raw materials into usable products are some of the costliest and most energy-intensive activities within manufacturing.

In 2017, bulk chemical, refining and mining were the three most energy-intensive industries in the United States. Industrial entities use vast amounts of electricity to operate heavy equipment, run heating and cooling systems and keep offices and other facilities lit and climate-controlled. Some fuel sources such as natural gas, coal, petrochemicals and fuel oils actually pull double-duty as feedstock in the manufacture of plastics, chemicals and other products.

Manufacturing certain rubbers, for example, requires the raw material to be heated to 355 to 390 degrees Fahrenheit, which represents a significant budgetary and ecological burden. Powering this kind of operation with solar arrays and wind turbines is an increasingly attractive alternative over incumbent energy sources like coal-generated electricity.

In fact, a soap company located in the suburbs of Chicago shows what's possible when multiple renewable energies converge to support the processing of raw chemicals. The headquarters of Method Soap boasts a wind turbine, a green roof and solar panels that track the sun throughout the day.

Electric car maker Tesla appears on track to make good on their promise of powering their "Gigafactory" with 100 percent renewable energy by the end of 2019. This is a significant milestone for several reasons:

This achievement isn't just good for Tesla — it's good for the consumer too. As a result of harnessing solar, wind and geothermal technologies to power factories like this one, the company expects to slash the prices of some of their products by up to $3,000.

Tesla is far from the only company establishing a leadership position in renewable energy infrastructure. Procter & Gamble purchases 80 percent of the electricity generated by a wind farm in Cooke County, Texas. It's part of the company's plan to power all of its facilities in North America with 100 percent wind power.

As of March 2019, the Solar Energy Industries Association had identified more than 8,200 proposed large-scale solar projects, representing a total output of 107 Gigawatts.

Geopolitical uncertainty makes it difficult to predict future oil prices with any kind of certainty. Nevertheless, some industry prognosticators are calling for higher crude oil prices in 2019. That means we can expect, at best, unpredictable energy prices and, at worst, higher prices for everybody who relies on incumbent energy sources to keep their operations moving.

One of the chief benefits of moving manufacturing and other industries to renewables is that they provide stability and security over the long term. Even if we see oil prices fall instead of rise in 2019, this is a temporary fix on top of a permanent problem: oil is a finite and environmentally destructive natural resource.

What this means is that it's likely "pennies wise" and "pounds foolish" for heavy industries like manufacturing to invest in fossil fuel-powered equipment and infrastructure today. A solar panel installed today atop an assembly plant or distribution center will likely still be producing electricity 30 years from now. By that time, fossil fuels will seem even more like dinosaurs than they do today and photovoltaic cells will be even more efficient, making a system upgrade an easy investment to justify.

Fossil fuels are, in comparison, increasingly difficult to justify from an investment perspective. And no matter the short-term price paroxysms we might observe in the coming months and years, the long view says we'll see dwindling returns if we cling to fossil fuels.

At the very least, the benefits of a diverse energy portfolio speak for themselves. Manufacturers can, and should, hedge their bets against rising fossil fuel prices — starting today. Solar, wind and hydroelectric are the heirs apparent to coal, oil and natural gas. Not to be outdone, even tidal power is coming into its own, albeit slowly.

In short, there's every reason for corporate decision-makers as well as consumers to get excited about this potential "wind"fall of cheaper, less harmful energy sources in the manufacturing sector.

Tags: Solar ,Wind ,Fuel ,Oil ,Renewable energy ,Electricity ,Tidal ,Waste ,Wind turbine ,Hydroelectric ,Photovoltaic ,Hydro ,Geothermal ,United States ,Wave ,Electric vehicle ,wind farm
Add a comment
Ajay Goyal
Converting Manufacturing from Fossil / Pollution causing Fuels and Processes will require massive re-engineering the 200+ year old Industrial Age in the US and around the Globe... This has occured as Pollution Costs were not made a part of the "Selling Price" of a Product, Service or Consumption. One could literally choke one\'s neighbor and not face any legal consequences and even now is limited only by very liberal (fir Polluters) Regulations which, mostly Republican Administrations, specially Trump, want to further dilute and let Polluters get away with murder.... which runs at around 200,000 victims in the USA today and almost 9 Million around the Globe. As Europe signed on The Green Deal by 2050 and member nations are now introducing leagally binding legislation, the manufacturing sector is awakening from its slumber .... and, at presenr, lead the world in Re-engineering and Converting their Facilities, Products, Services to GREEN, CLEAN, SUSTAINABILITY Solar Energy is dpung for the Supply Side of Energy by use of Renewable Energy... mostly Solar Electricity ... Yes.... the world has..... "many miles to go... before it can sleep"..... God Bless us All as we Save Ourselves from Pollution.... The Curse of the past Industrial Age.... Let Renaissance-II begin with eliminating man-made Pollution.
Subscribe!
hydrogen