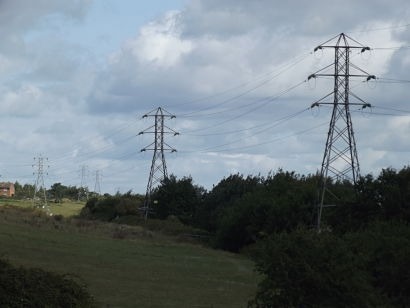 Energy storage costs have decreased steeply in recent years, with lithium-ion batteries experiencing a ‘solar-like’ reduction in cost. These trends have led to growing interest in the storage industry: Tesla’s upcoming Nevada-based Gigafactory is expected to produce, once operational, more lithium-ion batteries each year than were produced worldwide in 2013 - driving costs down by a further 30 percent. The energy storage market is expected to boom in the near future. According to the International Renewable Energy Agency (IRENA), battery storage alone could increase from around 1 gigawatt (GW) today to 250 GW by 2030, while its market value could rise from $2.2 billion in 2015 to $14 billion in 2020.

California is already a global leader in the development and deployment of energy storage. The state currently has over 4.2 GW of installed energy storage capacity, 96 percent of which is pumped hydroelectric. However, this is still far from the 13 GW needed to meet daily peak electricity demand. In order to accelerate uptake, the California Public Utilities Commission (CPUC) adopted a 1,325 MW procurement mandate for energy storage by 2020, applying to the state’s three Investor Owned Utilities. Divided between transmission connected, distribution level and customer-sited storage, the target includes a range of chemical, mechanical and thermal technologies. The procurement target provides market security to investors and suppliers by creating utility-driven demand. About 488 MW of energy projects have already been procured – although most are still in the planning and contracting phases. Other states are closely following California’s example. In 2015, Oregon adopted a similar bill for its two main electricity providers, and Massachusetts is working on its own procurement target, to take effect in 2020.

“We designed a state-wide procurement target large enough to drive the market without impacting negatively on ratepayers” said Kevin Barker, Advisor, California Energy Commission. “There is no one size fits all solution when it comes to storage, but states and regions must go beyond renewables targets and recognise energy storage as a key element of a successful energy transition.”

The Energy Transition Platform was launched by The Climate Group, with the initiative’s lead government, North Rhine-Westphalia, and Stiftung Mercator, in early 2016. The Platform connects highly-industrialized, carbon-intensive state and regional governments in developing and implementing clean energy policies.

The partner regions of the Energy Transition Platform – Alberta, the Basque Country, California, Hauts-de-France, Lombardy, Minnesota, North Rhine-Westphalia, Silesia, South Australia, Upper Austria and Wales – come together to learn from their global peers, to build strong partnerships and to jointly overcome barriers to the adoption of clean energy models.

The Energy Transition Platform is, in turn, part of the States & Regions Policy work, launched by the Climate Group, alongside the initiative’s lead government, North Rhine-Westphalia, and Stiftung Mercator, in early 2016.