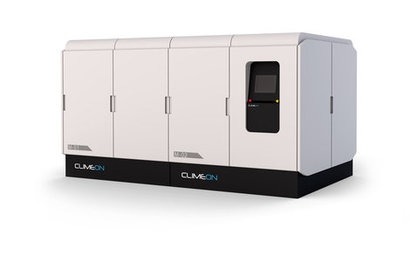 Steel manufacturing is an energy and resource intensive industry which also has an impact on the environment both globally and locally. SSAB has been working continually to improve its energy efficiency and the agreement with Climeon is an important part of this process.

The system was installed at SSABs site in Borlänge during the spring and it is now at full effect producing an annual output of 700 MWh of clean electricity. This is enough to supply 140 average homes with consumer electricity. The global amount of waste heat from the process industry, applicable for Climeon’s technology, exceeds 5000 TWh. This energy could supply several countries, the size of Sweden, with green and clean electricity.

“Heat that historically and literally went down the pipe or up in the air has now become a valuable asset as well as an opportunity to reduce CO2 footprint” said Climeon CEO Thomas Öström.

Climeon AB is based in Stockholm, Sweden, and was founded in March 2011 by Thomas Öström, Joachim Karthäuser and Sven Löfquist to commercialise the C3 technology, which converts low temperature heat to electricity. The company is supported by 70 private investors and the Swedish Energy Agency. The technology was developed in collaboration with several Swedish universities and was proven at the Royal Institute of Technology in Stockholm over the course of 2012 and 2013. A full scale power plant of 100 kWe output was built at the a production site in Norrköping in 2014. In 2015, the C3 became available on the market as the Climeon Ocean which is capable of producing more than 100 kilowatts of clean electricity. The installation of the system at the Borlänge site is the first of its kind in the world and it will be used to promote Climeon’s technology in the industrial market.

The idea for the technology originates from the realisation that “cold” heat (down to 70 °C) is an enormous untapped energy source for electricity production. More than 50 percent of the energy used across the globe ends up as cold heat and is regarded as waste. At 90°C the C3 process generates more than 10 percent thermal heat to electrical efficiency when the cooling side is 20°C.