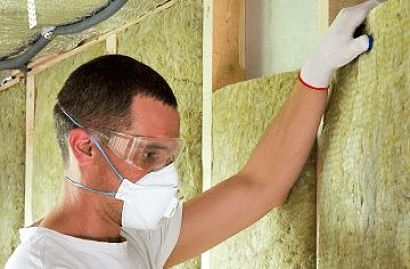 Courtesy of Alliance to Save Energy

The coalition includes the Alliance to Save Energy, Air-Conditioning, Heating and Refrigeration Institute, and Natural Resources Defense Council. The legislation, announced on Wednesday, would encourage high-efficiency new home construction and efficiency improvements for existing homes. This would stimulate billions of dollars in economic activity and related job creation, particularly in the manufacturing and construction sectors such as insulation, windows, and HVAC. It would also sharply reduce greenhouse gas emissions in the residential buildings sector, which accounts for 20 percent of US carbon emissions.

The legislation is sponsored in the Senate by Senator Maggie Hassan (Democrat, New Hampshire), a member of the Senate Finance Committee, and Senator Susan Collins (Republican, Maine), who sits on the Alliance’s Honorary Board of Advisors; and in the House by Representatives Jimmy Gomez (Democrat, California) and Mike Kelly (Republican, Pennsylvania), both members of the House Ways and Means Committee.

“This is jobs and economic policy” said Alliance President Jason Hartke. “It’s climate policy. And it’s tax relief that puts more money in homeowners’ pockets both in a tax cut and in lower energy bills. Homeowners overwhelmingly say they want to improve the efficiency of their homes, and this bill provides the incentives that are needed to make the investment happen. We want to particularly thank Senators Hassan and Collins and Representatives Gomez and Kelly for their bipartisan leadership and for recognising this as an opportunity to simultaneously stimulate economic growth while building a more sustainable future”.

Derek Murrow, senior director of the Climate and Clean Energy Program at the Natural Resources Defense Council, added that tax incentives are critical to advancing energy efficiency, which results in lower energy bills and less climate pollution and that it’s great to see bipartisan support for updating and extending tax credits for building new energy efficient homes and for making improvements to the efficiency of existing homes.

The legislation would reinstate and reform two key energy efficiency tax credits that expired on 31st December 2017 – the 25C credit for homeowner efficiency improvements and the 45L credit for new home construction. Under the reformed 25C legislation – dubbed the Home Energy Savings Act – homeowners could receive up to $1,200 in tax credits over their lifetime for installing home equipment and components that meet certain efficiency levels, including insulation, doors, windows, air conditioners, heat pumps, water heaters, boilers, and furnaces. The credit is capped for each product category. For example, the maximum credit for a high-efficiency air conditioner would be $600. The 45L new home construction bill – named the New Home Energy Efficiency Act – would give homebuilders a $2,500 incentive for building high-efficiency new homes.

Alliance to Save Energy