EPAM raising £2 million of equity for energy transition in India

Monday, 01 June 2020
0
Robin Whitlock
EnergyPro Asset Management Limited (EPAM), is raising £2 million of equity funding to advance its strategy of bridging the energy transitions in the UK and India through technology transfer and investment. 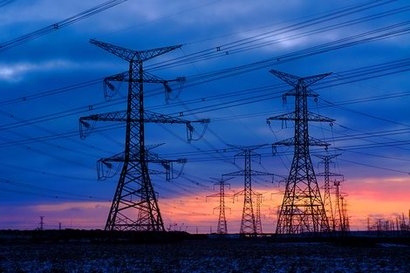 The aim is to use the growth funding to bring UK companies and investment to opportunities in the $12 billion Indian energy efficiency market. EPAM will employ the equity to identify and execute transations that provide technology and know-how that help India drive towards greater energy efficiency. This will also generate opportunities for UK-based companies working in the energy transition seeking to enter the Indian market, creating measurable economic and social impact and developing further revenue and investment opportunities for EPAM.

EESL EnergyPro Assets Ltd (EPAL), EPAM’s joint venture with the Indian Government’s energy service company (EESL), has been named the fastest-growing Indian owned company in the UK in research by accountancy and consulting firm Grant Thornton in conjunction with the Confederation of Indian Industry.  EESL itself is backed by the Indian Ministry of Power and four state energy companies.

EPAM provides EPAL with advisory services ranging from the identification of opportunities to execution of transactions and post-transaction management.  EPAL has executed over £60 million of investments including the first overseas acquisition by an entity under the Indian Ministry of Power.  EPAM’s relationship with EESL has facilitated several other opportunities for EPAM in India, and provides the Company with unparalleled insight into key policy decisions and future technology requirements.

While virtually all Indian households now have access to the electricity grid, the needs of economic development coupled with a policy goal of meeting (or even exceeding) its Paris Accord commitments on Climate Change, mean considerable further investment is required in the Indian energy sector.

The key drivers of the market are the need to meet the energy demands of an economy that is expected to be the world’s second largest by 2050 while increasing the share of non-fossil fuels to 40 percent of the total electricity generation capacity. The emission intensity of the Indian economy also needs to be reduced by between 33 percent and 35 percent by 2030 from the 2005 level.

The Indian government is firmly committed to improving energy efficiency and EESL has implemented a number of world leading programmes including UJALA which has delivered over 360 million LED lamps on a commercial model. The World Bank estimates energy efficiency in India to be a $12 billion opportunity.

EPAM has a current pipeline of about 20 live opportunities, five of which are well progressed. Further, the Company has signed a MoU with two clients including a UK provider of highly efficient process heat technology wishing to enter the Indian market, a market opportunity EPAM estimates to be worth some $50 million annually.

To capitalise on these opportunities, EPAM is seeking funding of £2 million to build out the EPAM team and associated infrastructure to enable execution of the pipeline it has generated, and build further links within the Indian market.  EPAM will also continue to hold the existing investment in the joint venture until a contracted liquidity event occurs in March 2023, offering the opportunity for investors to see a strong return within the near term, driven by existing asset value.

In line with India’s wider economy, its energy market is going through a transition requiring significant investment in new technologies.  Per capita energy consumption in India is relatively low (compared to similarly developed economies), and ensuring comprehensive and stable supply is a stated aim of the Indian government.  As part of the Paris Accord, India has committed to reduce carbon emission intensity by 33-35 percent from 2005 levels by 2030.  As part of efforts to reach the target, it is operating a number of world leading energy efficiency programmes, and is targeting a 30 percent penetration of electric vehicles by 2030.

“We have been inspired by India’s commitment to scaling-up energy efficiency, and the work of EESL which as well as contributing to solving India’s energy challenges has a global impact” said Dr. Steven Fawkes, Chair of EPAM. “Our joint venture achieving the number one spot in the India meets Britain tracker of fastest-growing companies, is a testament to the progress we’ve achieved together with EESL, but it’s a step along the way of a much bigger journey. India’s fast-growing economy is rich in human initiative, with strong historic links to the UK.  We have witnessed first-hand the commitment, throughout government and industry, to de-carbonising the economy and building a sustainable future for India’s 1.4 billion people. We have also identified a major opportunity for UK companies to participate in the growth of the Indian low-carbon sector.”

Management has spent considerable time cultivating a network of contacts, both in the Indian market to understand its needs. and in the UK (and beyond), with firms with the solutions to meet these needs.  EPAM is a member of the UK India Business Council and has regular contact with the Alliance for an Energy Efficient Economy.  Its relationship with its JV partner, EESL, provides unique access to key policy decisions, market needs and emerging Indian technologies and companies.  The joint venture represented the first of its kind by EPAM‘s co-investor, Energy Efficiency Services Ltd (the largest publicly owned energy services company in the world) and demonstrates their confidence in the EPAM team to deliver this and future opportunities.

EPAM’s model involves leveraging its market expertise to deliver three key income streams: advisory, transaction fees and on-going management fees.  In addition, transactions may give rise to further co-investment/JV opportunities. These could be acquired by either EPAM, or separately (by its financing partner).

All opportunities are screened according to how they fit into known market needs in India, regulatory and policy landscape, technological maturity, team, and potential impact.  As a result, EPAM has a pipeline of some 20 opportunities and is actively working with a number of these companies.