Monday, 05 March 2018
0
Robin Whitlock
A research team at the Korean Advanced Institute of Science and Technology has developed an energy storage device that can operate after only 30 seconds of charging. 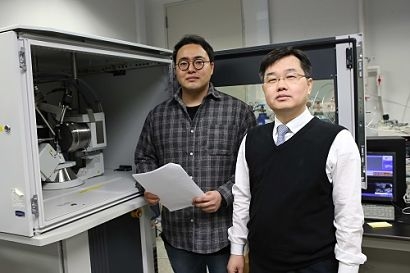 The new hybrid energy storage device utilises aqueous electrolytes instead of flammable organic solvents making it environmentally friendly and safe. It can also be used with portable electronic devices as it facilitates a boosting charge with high energy density.

The device was developed by Professor Jeung Ku Kang and a team of scientists from KAIST’s Graduate School of Energy, Environment, Water, and Sustainability. The team assembled fibre-like polymer chain anodes and sub-nanoscale metal oxide cathodes on graphene to develop a hybrid energy storage with high energy and power densities. Conventional aqueous electrolyte-based energy storage devices have a limitation for boosting charges and high energy density due to low driving voltage and a shortage of anode materials. The research team came up with new structures and materials to facilitate rapid speed in energy exchange on the surfaces of the electrodes and minimise the energy loss between the two electrodes. Anodes were made with graphene-based polymer chain materials, graphene having a web-like structure that produces a high surface area, thereby allowing higher capacitance.

The device can be charged within 20 to 30 seconds using a low-power charging system, such as a USB switching charger or a flexible photovoltaic cell. The developed aqueous hybrid energy device shows more than 100-fold higher power density compared to conventional aqueous batteries and can be rapidly recharged. Further, the device showed high stability with its capacity maintained at 100 percent at a high charge/discharge current.

“This eco-friendly technology can be easily manufactured and is highly applicable” said Professor Kang. “In particular, its high capacity and high stability, compared to existing technologies, could contribute to the commercialization of aqueous capacitors. The device can be rapidly charged using a low-power charging system, and thus can be applied to portable electronic device.”

The research, led by a PhD candidate Il Woo Ock, was published in Advanced Energy Materials on January 15th.