Monday, 25 June 2018
0
Dan McCue
New York has released its comprehensive Energy Storage Roadmap to guide the state toward its nation-leading energy storage target. The Roadmap is designed to help New York accelerate the development of this clean energy technology, while supporting the Governor's energy storage target of 1,500 MW by 2025. 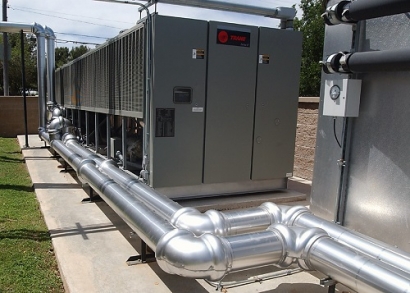 "Clean energy is the future of our planet, and New York will continue to lead the nation in this technology to fight climate change and conserve resources for generations to come," said Governor Andrew Cuomo when making the announcement. "This Roadmap is the next step to not only grow our clean energy economy and create jobs, but to improve the resiliency of the grid to keep our power running in the face of extreme weather and other emergency situations."

The Roadmap identifies short-term recommendations for how energy storage can potentially address the needs and demands of the grid. The plan provides a set of specific actions to accelerate the deployment of energy storage projects in New York State. The plan was developed by the Department of Public Service and New York State Energy Research and Development Authority with input from numerous stakeholders.

The New York Power Authority is currently working on several energy storage projects that demonstrate the value of the technology. This work includes a partnership with the State University of New York on multiple projects that would allow the university system to utilize stored solar power during emergencies and times of peak energy demand. A solar energy and battery storage system was completed this spring at the SUNY New Paltz campus. Planning is underway for a similar system at the SUNY Delhi campus.

Achieving the state's 2025 target will deliver approximately $2 billion gross lifetime benefits to New Yorkers, including electric distribution system savings and reduced greenhouse gas emissions, as well as added resiliency to the electric grid by reducing the impact of outages caused by severe weather. Adding more energy storage into the system will also maximize the benefits of other renewable energy sources such as solar and wind, and will help to ensure they are available when needed to meet peak demand for electricity.

New York State currently has approximately 60 MW of advanced energy storage capacity deployed with an additional 500 MW in the pipeline, in addition to 1,400 MW of traditional pumped hydro storage. In order to advance energy storage development in ways that are viable, replicable, and scalable, the Roadmap recommends:

Alicia Barton, President and CEO, NYSERDA commented on the plan, saying, "With this Roadmap, Governor Cuomo has brought New York once again to the forefront of the nation in developing new energy solutions that will fuel our efforts to build a cleaner energy system for future generations. The Roadmap will serve as a guide to jumpstarting the market for advanced energy storage projects in New York on our path to achieving 50 percent renewable energy by 2030 and turn the Empire State into a global hub for the burgeoning energy storage industry."

Multiple technical conferences will be held throughout the state to allow for public feedback on recommendations and approaches identified in the Roadmap. The PSC has created a new proceeding to consider and establish a 2030 storage target and the deployment mechanisms to achieve the 2025 and 2030 energy storage targets by the end of the year. Public comments on the Roadmap can be submitted via the DPS website.