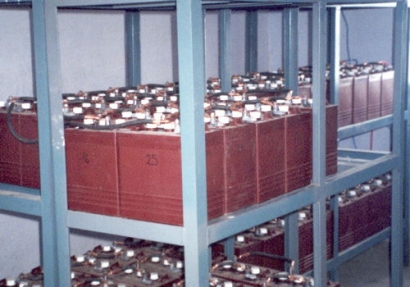 EsVolta’s initial portfolio includes operational projects plus contracted pipeline. The company’s initial operating assets will be in California and Ontario, Canada, and the business will focus on greenfield development and M&A opportunities across North America.

Following are the primary projects included in the transaction:

EsVolta was launched to capture growth opportunities in the energy storage sector. The esVolta team includes energy professionals with decades of experience in project development, design, financing and execution, with track-records at major utilities and independent power companies.

Randolph Mann, founding partner and CEO of esVolta, previously served as a Vice President of Development for NRG Energy and Edison Mission Energy where he was responsible for various renewable energy growth initiatives.

When asked about his new project, Mann, said, “We are excited to announce the launch of our new energy storage business at a time of great growth in the sector. We have received tremendous support from our financial sponsor Blue Sky and our technical partner Powin Energy, and as such we are well-positioned to pursue and execute on the tremendous growth potential in the North American energy storage sector.”

EsVolta has entered a strategic long-term agreement with Powin Energy under which Powin will be the company’s exclusive provider of battery storage systems through 2022.

“This transaction will enable the company to focus all of its efforts on delivering the best energy storage systems in the industry to project developers. esVolta and Blue Sky’s commitment to developing energy storage projects with Powin Energy’s products is strong validation of our technology and the top-tier team we’ve assembled,” said Geoffrey Brown, President of Powin Energy.