Friday, 18 January 2019
0
Robin Whitlock
Hitachi, the parent company of Horizon Nuclear Power, has announced it has cancelled development at the proposed Wylfa Newydd power station in Anglesey, North Wales – the second such nuclear project to be cancelled in recent months – pumped hydro storage could help, according to the Intelligent Land Investments (ILI) Group. 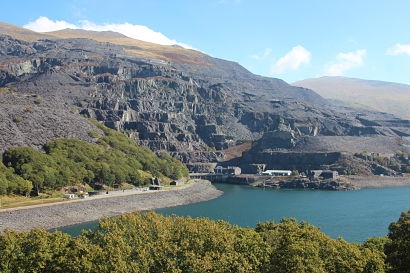 The cancellation of the Wylfa Newydd plant could mark an end to Britain’s nuclear ambitions, putting energy security and thousands of jobs at risk. An alternative energy strategy is needed that invests in more renewable, including pumped storage hydro.

At present, there are eight nuclear sites generating nuclear power in the UK. However, only one of these is planned to be operating by 2030. The implications of the Wylfa Newydd cancellation is that five of the planned six new nuclear power stations are unlikely to be built. The six planned nuclear plants were designed to provide 15 percent of the UK’s power needs but any failure to adopt a new energy solution could plunge the UK into massive power cuts and higher energy bills. In addition, these planned nuclear plants were meant to meet the majority of the UK’s required carbon emission savings, as it phases out our coal-powered stations. Justin Bowden, the GMB union’s national secretary for energy, said the decision raised “the very real prospect of a UK energy crisis.”

This opens up a golden opportunity for the country to invest in large-scale renewable, given that, as Business Secretary Greg Clark said recently “renewables had been getting cheaper in the past five years while nuclear had become more expensive because of safety measures.” In addition, renewables are much more competitive than nuclear because they are quicker and cheaper to build, and are increasingly subsidy-free.

The UK development pipeline currently includes 4.1 GW of pump storage hydro capacity. This could help significantly to plug the gap created by the lack of new nuclear plants, while at the same time helping to solve intermittency issues. Unlike nuclear, pump storage hydro (PSH) does not require government subsidies, but given that it is not currently included in the UK Capacity Market, funding for new PSH developments may be problematic. This can be solved by a change in current government policy, placing PSH generation on a level playing field with other technologies. 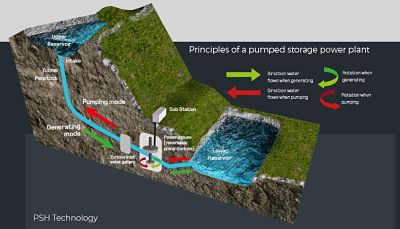 There are seven potential PSH sites which, during construction, would offer thousands of jobs in high impact areas and which could generate the same amount of power as two nuclear plants. In addition, the PSH plants could use excess renewable energy, generated at times whilst demand is low, and be ready to import large levels of power back to the grid when demand is high.

“The UK is at a pivotal point to become a world leader in Renewable generation and driving forward to hit all our CO2 targets” said Mark Wilson, CEO of the Intelligent Land Investments (ILI) Group PLC, which has three PSH sites at the planning stage, representing over 1.5 GW and whose main aim is to bring 1.5 GW of energy storage to the UK electricity market via three new pump storage hydro installations in Scotland. “With all the Renewables in the pipeline, especially offshore wind, Pumped Storage Hydro is the crucial component to ensure all these technologies work for our futures energy mix.”

According to a report by the Carbon Trust, 6 GW of Energy storage can save the UK £2.4 billion per annum or the equivalent to £50-£150 per year, for every home in the UK. This is achievable now with a proven technology.