Survey confirms popularity of smart meters in the UK

Tuesday, 27 March 2018
0
Robin Whitlock
Smart Energy GB has published an independent survey of national public opinion on energy and smart meters which finds that the majority of UK citizens with smart meters are more than happy with them. 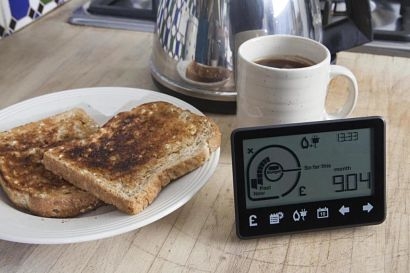 Smart energy outlook, the biannual nationwide poll into the opinions of almost 10,000 people in Great Britain was carried out by Populus. The survey followed the publication of official figures by the UK Government finding that over 11 million smart meters have now been installed in homes across Great Britain. According to the Smart Energy GB survey, the overwhelming majority of customers who have smart meters installed in their homes are happy with them.

Smart meters are replacing the traditional analogue meters currently installed in homes. The aim is to provide accurate bills, near real time information on energy use and greater control over the way consumers buy and use energy.

The positive impact of smart meters also remains stable over time. People who have had a smart meter for longer than a year are more likely to feel their energy bill is accurate and to say they are not as concerned about running up a big energy bill.

Smart Energy GB believes that the Smart energy outlook shows that smart meters are not only proving popular but that they’re also positively influencing the way people use gas and electricity, as well as how they feel about their household energy.

“No matter what stories you might have heard, this research shows that the experience of managing your gas and electricity bills is vastly improved when you’ve got a smart meter in your home,” said Sacha Deshmukh, Chief Executive of Smart Energy GB. It’s crucial we upgrade to smart meters so that everyone has the opportunity to experience a more effective and positive way of managing household energy.”