Wednesday, 09 August 2017
0
Robin Whitlock
The Alliance to Save Energy (ASE) has welcomed a resolution released by the National Conference of State Legislatures (NCSL) urging the US Congress to fully fund the Department of Energy’s appliance and equipment standards programme. 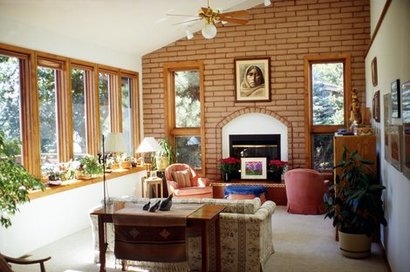 The resolution also seeks to ensure that the Department meets its statutory obligations to update energy efficiency standards regularly and to enforce manufacturer compliance with such standards. In response, the Alliance to Save Energy (ASE) has released a statement by ASE President Kateri Callahan, praising the NCSL resolution.

“State legislators from red and blue states across the country have demonstrated the broad and deep bipartisan support for continuing the 40-year-plus successful track record of saving American consumers and businesses money through federal appliance and equipment efficiency standards” Mr Callahan said in the NCSL statement. “These state-level policy makers understand that if federal investments are cut, consumers and business across the country will be the ones to pay the price. As noted in the NCSL resolution, thanks to DOE’s work to develop, adopt and enforce standards, the average American household is saving an average of $500 per year on utility bills, and businesses are together saving between $14 and $23 billion every year. The savings from the DOE programme continue to mount as standards are updated and new standards are issued. Cutting funding to the programme – which is relatively modest at $54 million in the current budget year – risks the loss to our economy of billions of dollars in future energy cost savings”.

Mr Callahan added that the ASE is encouraged and heartened by the NCSL resolution that signals the presence of an important and impactful group of allies in state houses across the country who have joined the ASE in the clarion call for the US to continue advancing energy efficiency, aiming to improve the overall energy productivity of the US economy.

The House of Representatives has recently passed drastic cuts to federal energy efficiency programmes, while a Senate appropriations measure has proposed to keep funding largely intact. Further, attempts have been made by Members of the Congress and officials within the Administration to impede or stop enforcement of certain standards.

The NCSL resolution, passed on a voice vote with broad bipartisan support, reads as follows:

WHEREAS, energy efficiency standards as promulgated by the U.S. Department of  Energy following enactment of the Energy Policy and Conservation Act of 1975, National Appliance Energy Conservation Act of 1987 and 1988 (NAECA), Energy Policy Act of 1992, Energy Policy Act of 2005 and the Energy Independence and Security Act  of 2007, for appliances, equipment, and lighting protect consumers, are a cost-effective means to reduce energy and water waste, lower utility bills and decrease pollutants and atmospheric emissions including greenhouse gas emissions; and,

WHEREAS, an average US household saves about $500 per year on utility bills because of these existing standards; and,

WHEREAS, US businesses save between $14 and $23 billion annually because of these existing standards, money that can be invested in jobs or spent in local economies; and,

WHEREAS, federal efficiency standards create a national marketplace and help stimulate innovative technologies, which are beneficial to American manufacturers in a competitive global environment; and,

WHEREAS, lower energy and water use helps mitigate the need for new utility infrastructure.

NOW, THEREFORE, BE IT RESOLVED, that the NCSL urges the Congress to fully fund the Department of Energy (DOE) Office of Energy and Renewable Energy to continue this highly successful program; and,

BE IT FURTHER RESOLVED, that the NCSL strongly urges DOE to amend standards when they are technically feasible and economically justified and do not eliminate customer choice of multiple efficient technologies as stipulated by law and in accordance with the review schedule dictated by Congress; and,

BE IT FURTHER RESOLVED, that Congress continue to require DOE to regularly review standards for appropriate updates and to maintain enforcement of existing standards.

Alliance to Save Energy (ASE)