Wednesday, 01 February 2017
0
Robin Whitlock
Smart Energy GB, the company tasked with promoting the UK’s smart meter rollout, has found that 81 percent of UK citizens would recommend a smart meter to others. 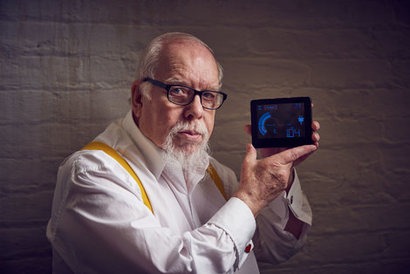 The research also shows that those who have in-home displays (IHDs) installed are using them regularly to save energy. Eight out of ten people with an IHD check it regularly. Nearly nine in ten (88 per cent) of those with an IHD say that they have a better idea of what they’re spending on energy, compared to 76 per cent of those who have a smart meter but not an IHD.

IHDs are handheld devices that show at a glance, in pounds and pence and in near real time, how much energy is being used. Every household is offered one, at no extra cost, when they get their smart meters from their suppliers.

“It’s great to see so many people using and loving their smart meters” said Sacha Deshmukh, Chief Executive of Smart Energy GB. “Eight out of ten say they would recommend one, which is an exceptionally high level of approval. Millions of homes are already enjoying the benefits of accurate bills and the ability to see, in pounds and pence, how much gas and electricity they are using. I hope that many more people pick up the phone to ask their energy supplier for their smart meter, so that they too can start enjoying these benefits.”

Smart energy outlook is carried out for Smart Energy GB, twice a year, by independent research agency Populus. It surveys more than 10,000 people around the country.

Everyone in Great Britain will be offered a smart meter by their energy supplier between now and 2020, at no additional cost. Smart meters bring an end to estimated bills and show people what they’re spending in pounds and pence, in near real time via an IHD.