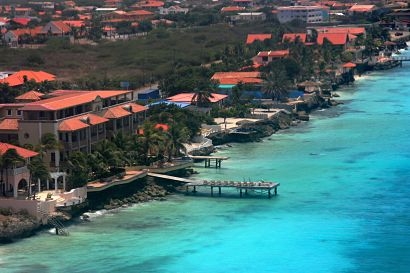 The engineering, procurement, and construction (EPC) hybrid energy project includes both the hardware, consisting of batteries and inverters, as well as the GEMS the energy management software from Greensmith Energy, a Wärtsilä company. The order with ContourGlobal Bonaire, a subsidiary of London based ContourGlobal, was booked in Q4, 2018.

The energy storage system will enable Bonaire, part of the Netherlands Antilles, to increase its use of renewable energy such as wind and solar. In order to integrate more renewable energy and its intermittent nature, the Wärtsilä energy storage solution will provide the grid stability and reliability required for the island. The energy storage solution will also prevent situations where generation from renewable sources would otherwise had to be curtailed. The project will integrate multiple generation assets including all of the island’s existing power generation assets, energy storage, wind and solar. GEMS software will control the island grid of Bonaire, an island of 19,000 inhabitants. Work on the Wärtsilä EPC project has commenced, and final completion is expected in April 2019.

“Wärtsilä was the best choice to realise integrated and optimised multiple generation assets” said Giorgio Narminio, Chief Operating Officer at ContourGlobal. “Their advanced energy storage and software platform will increase ContourGlobal’s wind power production and solar generation energy in Bonaire. For several years Wärtsilä has been a reliable partner of ContourGlobal. Both companies have successfully worked together on other power generation solutions around the world. Wärtsilä’s track record is outstanding. It was also important to us that Wärtsilä is capable to deliver on a fast-track schedule”.

Sampo Suvisaari, Regional Director, Latin America North at Wärtsilä added that the project is important for Bonaire and will increase the reliability of the island’s power system, with the proven capability of the GEMS software to control the microgrid being a key factor in this.

ContourGlobal is an international owner and operator of contracted wholesale power generation businesses. It owns and operates approximately 4,830 MW in 103 power plants in 19 countries and three continents. ContourGlobal is listed on the premium segment of the London Stock Exchange (TKR: GLO).