AGIL to drill its first geothermal well in Longonot, Kenya 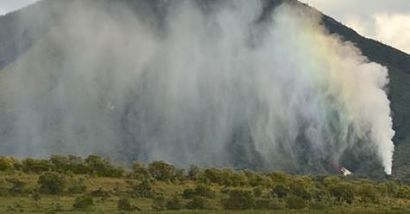 According to MSN News, the company will begin drilling its first exploration well in Longonot in June, the project having been delayed repeatedly over the last five years. This will cost a minimum of $5 million for just one well, but the long-term aim is to drill 40 wells for 140 MW of geothermal electricity.

Kenya is one of the fastest growing countries in Africa and therefore securing future energy needs is a vital part of its plan for social and economic development. The Kenyan Great Rift Valley is a rich source of potential geothermal energy, providing ideal conditions for long-term power generation. Exploitation of these resources will help to move Kenya towards a more sustainable energy future.

The Kenyan Government has been a supporter of geothermal energy power production for many years and had hoped to meet half of the country’s energy needs from this source by 2018. AGIL’s large-scale geothermal power project at Mount Longonot, south of Lake Naivasha, will help Kenya to achieve this objective.

AGIL was initially awarded a Geothermal Resource Licence for Longonot in July 2009. The licence gives the company the right to conduct geothermal operations for 30 years, including an option for a five-year extension. The power generated by the project will be sold to Kenya Power under a Power Purchase Agreement (PPA). Geoscientific field surveys, environmental and social studies, civil design surveys and a water supply options study have all been carried out.

The project will consist of a main power plant with cooling towers, a turbine hall, transformers, a switchyard and administration and maintenance buildings as well as a steamfield, consisting of pipes connecting the wells that take steam out of the ground or return condensed steam back into the ground. A series of connecting access roads will also be built around the site.