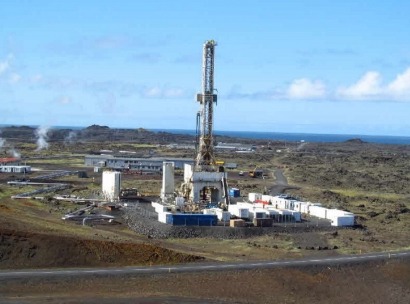 The idea is to generate a more powerful source of clean electricity using the heat of volcanic areas - but the question is whether it can be controlled.

There are risks to drilling into volcanic areas. In addition to magma, which the engineers need to make sure they avoid, volcanic rock contains many faults and cracks, which can cause the drill to get stuck, slowing down the drilling process and increasing the difficulty.

The goal of  DEEPEGS is to demonstrate the feasibility of enhanced geothermal systems for delivering energy from renewable resources in Europe. The four year project is led by HS Orka, Iceland, in cooperation with other partners from Iceland, France, Germany, Italy, and Norway.