Monday, 03 June 2019
0
Robin Whitlock
The European Geothermal Energy Council (EGEC) Geothermal Market Report 2018, published today, finds that the geothermal sector has continued its steady development although the sustained rate of development has been confined to a limited number of countries. 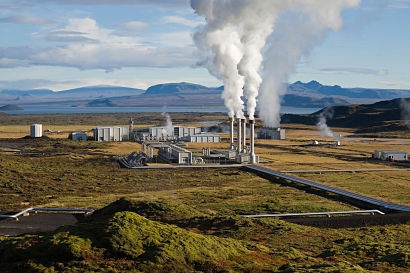 Three important milestones mark the 2018 edition of this EGEC market report: (i) total installed capacity is now more than 3 GWe; (ii) the sector has doubled its capacity in 6 years; (iii) as of 2018, more than 300 geothermal district heating systems are in operation, compared to 187 in 2010.

The above figures show how the market has developed since 2011: the geothermal sector is growing quickly, following the trend set by other renewable energy sources. Indeed, the launch of the first EGEC Market Report marked the beginning of a period of accelerated geothermal market development.

Meanwhile, the shallow geothermal sector is displaying continuous growth, approaching the threshold of 2 million units installed, a figure which has been achieved thanks to continued interest in both historical markets and rapidly growing new markets.

The 2018 edition of the EGEC Geothermal Market Report comes at a crucial moment in Europe’s energy sector, in the wake of the adoption of the Clean Energy Package by the European Union, setting the policy, regulatory and financing framework for the 2020-2030 decade. This edition also comes as the assessment of policies in place to meet the targets of the 2020 European Climate and Energy framework can be assessed.

However, as shallow geothermal systems follow a trend towards increasing size, the installed capacity in GWth is increasing more rapidly. The sustained rate of geothermal development in Europe is confined to a limited number of countries. This is partly explained by the availability of identified substantial potential for deep geothermal. Market and regulatory framework conditions are also crucial factors impeding geothermal energy deployment.

The adoption in 2018 of the EU Climate and Energy Package for 2030 should play a key role in paving the way for accelerated geothermal development in the next ten years by setting overarching objectives on the role of renewables and introducing a greater focus on mainstreaming renewables in heating and cooling. In the most mature markets (Italy, Turkey and Iceland), the geothermal power sector is facing uncertainty regarding short term developments as a result of upcoming changes to incentive schemes, which threaten the viability of future investments. Nonetheless, the utilisation of geothermal electricity is expanding across Europe.