Monday, 31 July 2017
0
Robin Whitlock
Chinese company Jereh Group has announced it has won a contract for two further sections of a geothermal power plant at Olkaria in Nigeria for state-owned power company KenGen. 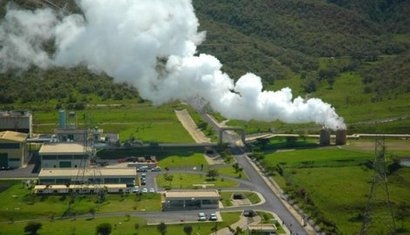 Under the contract, the consortium will carry out the project design, procurement and construction, while the financing will be provided by Industrial and Commercial Bank of China and Standard Bank of South Africa (Kenya).

Following completion of the project, the total installed capacity will be 61 MW, with an estimated net power generation of 53.78 MW. The annual electric generating capacity will be 447 GWh.

“Leveraging the resources and capabilities of equipment manufacturing, technology services, turnkey engineering as well as investment and operation, we offer integrated solutions in a flexible, efficient way to help customers resolve the issues and challenges that they face” said Ian He, CEO of Jereh Group. “We are pleased to contribute Jereh’s integrated solution for renewable energy generation in Kenya”.

Jereh Group is a Chinese company with a leading role in the development of power generation and environmental projects worldwide.

Olkaria I Geothermal Power Station in Kenya currently has an installed capacity of 185 MW. It is located in the Hell’s Gate National Park, along with its sister stations Olkaria II and Olkaria III, on the eastern edge of the Eastern Rift Valley, approximately 33 kilometres (21 miles) by road from Naivasha and approximately 120 kilometres (75 miles) northwest of Nairobi. The power plant first started operating in 1981 with a Mitsubishi turbine and a generation capacity of 15 MW. Two more turbines were added in 1982 and 1985, bringing the generation capacity to 45 MW. Units 4 and 5, with a combined capacity of 140 MW were inaugurated in January 2015.