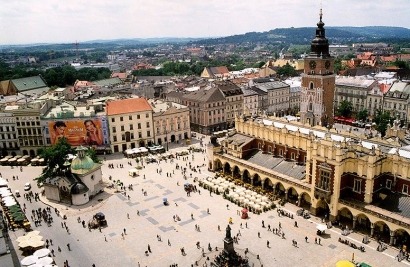 Under European Union rules the country is required to produce 15 percent of its electricity from renewable sources by 2020, up from around 12 percent currently.

Poland has made some progress in adopting renewables in recent years, developing biomass facilities and subsidizing the construction of wind farms, but its new government, headed by the Law and Justice party, has opposed the proliferation of wind energy facilites.

At a news conference, Szyszko said"Geothermal energy will definitely be the priority of this government."

"In this we see a chance to meet the air quality norms in big urban conurbations," the minister said. "The situation is completely different with wind farms. Wind farms destroy the landscape arrangement, are alien to Polish cultural heritage and harmful to natural reserves."

According to the World Energy Council, Poland has substantial resources of geothermal energy, but not at high temperatures. The available resource ranges from reservoir temperatures of 30oC to 130oC at depths of 1 to 4 km.

Although thermal water has been used for balneological purposes for many centuries, development of geothermal power for heating has only taken place during the past 15 years or so.

Both the Strategy of Renewable Energy Resources Development which came into effect in 2000 and Polish membership of the European Union in 2004 have helped to encourage the growth of renewable energy use in general, but greater promotion of geothermal energy is needed, the Council said.