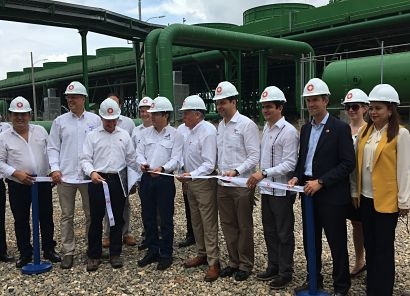 OPIC, the US Government’s development finance institution, is supporting the project with $135 million of financing. The project is being developed by Ormat Technologies, based in Reno, Nevada. It is the first utility-scale geothermal project in Honduras, where a 26 percent increase in power generation capacity over the next decade is needed in order to keep up with projected GDP growth. The geothermal project is expected to generate sustainable, reliable, and cost-effective power, while contributing to the Honduran Government’s goal of generating 80 percent of its energy from renewables by 2032.

“Creating sustainable energy solutions that contribute to economic and social development in the Northern Triangle is a top priority for OPIC” said Ryan Brennan. ““Integration of multiple sources of new energy will help ensure reliability of energy supply as Honduras continues to grow”.

OPIC President and Chief Executive Officer Ray W. Washburne, added that the project is transformative for many reasons, principally for the reliable energy it will supply to the people of Honduras.

OPIC currently has $235 million invested in Honduras and roughly $675 million in the Northern Triangle region.

The inaugural event was attended by Honduran and US government officials, local dignitaries, Ormat senior leadership, and business and community leaders.