Friday, 09 August 2013
24
Dan McCue
Kenya and Tanzania have entered into a partnership to explore the feasibility of developing geothermal resources for their mutual benefit. according to a report in Kenya's Star newspaper. 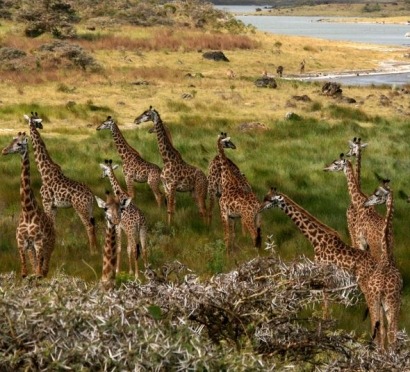 Hosea Mbise, Tanzania’s Energy Commissioner, told the newspaper the country is exploring alternative sources of renewable energy as an alternative to its current overreliance on hydro-electric power.

The deal comes on the heels of recent tour of Kenya's Menengai Geothermal Station by 32 members of the Tanzanian Parliamentary Committee on Energy and Mining.

It is believed Tanzania has a geothermal production potential of about 650 MW compared to Kenya’s more than 10,000 MW potential.

Four top officials will be trained by Kenya’s Geothermal Development Company, and Kenya will come up with appropriate legal framework for geothermal exploration, create incentives for investors, license and fund raise for geothermal projects.

Mbise told The Star Tanzania will mirror GDC’s plan in geothermal energy to enable them meet the energy demand that is growing at 15 per cent annually.

“With the new deal, Tanzania will meet the goal of doubling the stored energy capacity by 2015,” Mbise said.

The African Development Bank, which has been funding geothermal projects in Kenya, has offered to partner with Tanzania in its quest for geothermal energy.

The. Mbise said Tanzania is committed to developing renewable energy sources in more than 50 geothermal sites.

Tags: Geothermal , Renewable energy , Africa , Hydro
Add a comment
Mark
Bagywagy is the second biggest export-oriented industry in the manufacturing sector and is third in its contribution to the overall exports of the World Mens Leather Jackets
Mark
We believe in customer satisfaction. Our Leather Jackets are delicately and uniquely tailored, and the comfort of our customers is always prioritizing. We guarantee the quality of our product and take full responsibility to satisfy our customer’s needs. Online Shopping Belgium
Joseph Whitaker
I have recently started a blog, the info you provide on this site has helped me greatly. Thanks for all of your time & work. หนังใหม่
Make him desire you
I was surfing net and fortunately came across this site and found very interesting stuff here. Its really fun to read. I enjoyed a lot. Thanks for sharing this wonderful information. Make him desire you
how to concentrate on studies
This is my first time i visit here. I found so many entertaining stuff in your blog, especially its discussion. From the tons of comments on your articles, I guess I am not the only one having all the leisure here! Keep up the good work. I have been meaning to write something this on my website and you have given me an idea. how to concentrate on studies
Lean Belly Breakthrough
Very awesome!!! When I seek for this I found this website at the top of all blogs in search engine. Lean Belly Breakthrough
retro vintage dresses
ome up with appropriate legal framework for geothermal exploration, create incentives for investors, license and fund raise for geothermal projects. http://www.lookingglam.co.uk/products/retro-vintage-dresses/110
car hire grenada airport
Mbise said going forward, Tanzania will draw on Kenya’s expertise
Loftplan
appropriate legal framework for geothermal exploration, create incentives for investors, license and fund raise for geothermal projects. https://m.facebook.com/Loftplan/
loft plan
The deal comes on the heels of recent tour of Kenya\'s Menengai Geothermal Station by 32 members of the Tanzanian Parliamentary Committee on Energy and Mining. loft plan http://www.loftplanreviews.co.uk/
1 2 3
pv