Monday, 11 December 2017
0
Robin Whitlock
New Zealand energy generation company Top Energy has agreed to contracts for the expansion of its Ngawha Geothermal Power Station, which will be one of the largest construction projects ever undertaken in northern New Zealand. 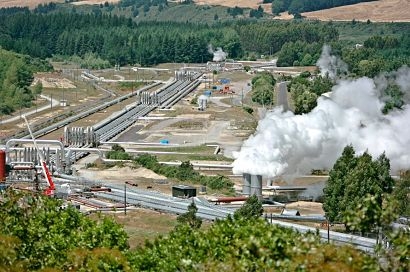 The project has a total value of $176 million and will consist of a new 28 MW power station, to be completed in 2021, increasing capacity at the power station to 53 MW. This will in turn radically improve the security and reliability of the power supply for the whole Northland region.

“Our reliance on the National Grid which transports power from the south, will be substantially reduced” said Top Energy Chief Executive Russell Shaw. “Ultimately, expansion of the Ngawha power station could secure the region’s energy independence, with clear benefits for local consumers by providing a renewable and lower cost source of generation and power.”

Separate contracts are now being awarded for civil engineering, drilling services, and power plant design and manufacture, following recent major transaction approval from the Top Energy Consumer Trust and Top Energy Board. The earthworks will be conducted by local company United Civil Construction which has been undertaking enabling works since October. The firm will be responsible for constructing the platform for the new power station, forming the drilling pads for the geothermal production well and reinjection of geothermal fluid back into the geothermal field, as well as other associated civil works.

Iceland Drilling will send a specialist team and be based in Northland for one year from April 2018. The company has decades of experience in the field of geothermal drilling, including the Ngatamariki geothermal power station near Taupo, New Zealand.

Israeli geothermal plant construction experts ORMAT have the contract to design, build and supply the power station which will commissioned in 2021. The company has a long history with operations at Ngawha, supplying the original 10 MW power station, commissioned in June 1998, and expanding the plant to 25 MW in 2008.