Wednesday, 13 December 2017
0
Dan McCue
U.S. Geothermal Inc., a renewable energy company focused on the development, production, and sale of electricity from geothermal energy, has reached an agreement to acquire its partner’s remaining ownership interest in Raft River Energy I LLC from Goldman Sachs.  The purchase is scheduled to close on January 2, 2018, and the price consists of a one-time, $350,000 cash payment from U.S. Geothermal to Goldman Sachs.  U.S. Geothermal will then own 100 percent of the project. 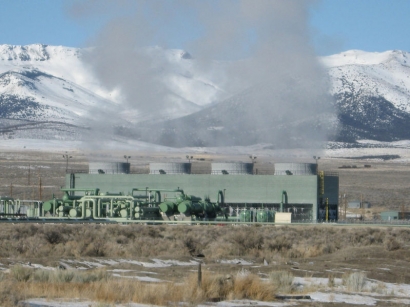 “The acquisition of this remaining interest in Raft River will be immediately accretive to the Company, and further enables us to implement capital upgrades to increase output from the facility,” said Douglas Glaspey, Interim Chief Executive Officer.

The Raft River geothermal project is located in southern Idaho, approximately 200 miles southeast of Boise near the town of Malta. The project began commercial generation in April of 2008. Currently, the power plant has a capacity of 13-megawatts of electricity.

The power purchase agreement for the project was signed on September 24, 2007, with the Idaho Power Company and allows for the sale of up to 13 MW of electricity on an annual average basis over a 25-year term.  Renewable Energy Credits are sold under a separate contract.  In 2018, the PPA energy price, plus the value of the renewable energy credit will be $74.32 per megawatt-hour.

The company is making modifications at Raft River to increase generation. The addition of production well RRG-5 along with upgrades to the injection system in 2017 increased the average generation from the plant by approximately 1.6 net MW.