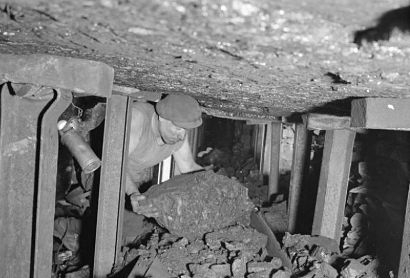 In an article originally published in The Conversation and subsequently republished on the Durham University website, Dr Charlotte Adams and Professor Gluvas argue that abandoned deep mines could help to produce geothermal energy

Although renewable energy now accounts for a quarter of UK electricity generation, fossil fuels still dominate both electricity and heat production, with central heating being dominated by natural gas which supplies around 70 percent of the UK heat demand. The two main low-carbon alternatives for heat production are solar hot water and biomass, the former at a domestic level and biomass subject to constraints from availability and transportation of fuel. For this reason, it is currently unclear how future heat demands could be delivered by low-carbon energy.

However, one solution is geothermal, which is low-carbon, secure and continuous. This technology is mostly associated with particular regions or countries, such as Iceland and New Zealand, both of which experience significant volcanic and/or tectonic activity.

This is not the case in the UK, but the Earth gets warmer with increased depth, a phenomenon termed ‘geothermal gradient’ by geologists. Temperatures tend to increase on average by around 25℃ per kilometre in non-tectonic areas, meaning that geothermal energy is predictable according to depth. However, extracting geothermal energy can only be carried out if water is prescent, since heat and water flow are essential for extraction. This means that coal mines could be a promising source of geothermal energy because of their flooded galleries and shafts, which are often located several hundred metres below the surface.

Current UK coal production has declined to almost zero, but the volume of coal extracted – over 15 billion tonnes over the last century – correlates to an equivalent void volume underground. Adams and Gluvas therefore estimate that the UK’s abandoned coal mines could contain around two billion cubic metres of water at temperatures of around 12-16°C or greater. If heat corresponding to a 4°C temperature drop was removed, around 38,500TJ of heat could supply around 650,000 homes nationally. Heat pumps could subsequently upgrade the water temperature to 40-50°C.

The heat source needs to be close to the end user, given the low temperatures, but the growth of many UK towns and cities was driven by local coal reserves, meaning that the locations of abandoned mines would coincide with centres of heat demand. Adams and Gluvas therefore argue that abandoned mines could potentially contribute significantly to the UK government’s target of one in 20 homes being connected to a heat network by 2030.