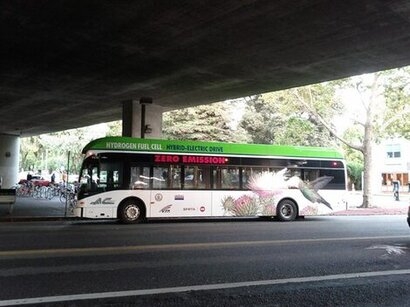 Hydrogen, a clean fuel, can be produced sustainably by electrocatalytic water splitting, a process where the water molecule is split into oxygen and hydrogen gas using electricity. However, the need for expensive and rare metal catalysts make the process unfeasible for large-scale industrial use.

Concerns about rising atmospheric carbon dioxide levels and global warming have made it an environmental imperative to replace fossil fuels with cleaner and more sustainable alternatives. In this regard, hydrogen, a clean energy source, has emerged as an excellent potential candidate.

Among the several methods available for hydrogen generation, splitting water using electricity in presence of a catalyst, or ‘electrocatalytic water splitting’, as it is called, is the cleanest. Unfortunately, the process requires expensive and rare noble metal catalysts, such as platinum, to maintain a reasonable efficiency. This, in turn, has limited its large-scale industrial applications.

A relatively inexpensive option is transition metal-based catalysts, such as oxides, sulfides, hydroxides of cobalt, nickel, iron etc. However, there is a catch: the electrocatalytic water splitting consists of two half-reactions, namely the hydrogen evolution reaction (HER) and the oxygen evolution reaction (OER). In OER, water molecules are oxidised to form oxygen and positive hydrogen ions at the anode (positively charged electrode). The hydrogen ions then move across the electrolyte to the cathode (the negatively charged electrode), where they are reduced to produce hydrogen (HER). It turns out that most transition metal-based catalysts reported so far can only catalyse either HER or OER. This makes for a complicated configuration and a higher overall cost.

Against this backdrop, researchers from Chung-Ang University in South Korea developed, in a new study, a novel heterostructured catalyst consisting of hollow cobalt sulfide (CoSx) and nickel-iron (NiFe) layered double hydroxide (LDH) nanosheets that simultaneously boosts both the half-reactions. This paper was made available online on 15 March 2022 and was published in Volume 18 Issue 16 of the journal Small on 16 April 2022.

“A reasonable strategy for fabricating highly efficient catalysts for water splitting is to elaborately integrate OER-active NiFe LDH and HER-active catalysts into a heterostructure” said Assistant Professor Seung-Keun Park, who headed the study. “Given their high surface area and open structure, hollow HER catalysts are believed to be ideal for this job. It turns out that metal – organic frameworks (MOFs) are an efficient precursor for fabricating hollow structures. However, an MOF-based hollow catalyst with NiFe LDH has not be reported so far.”

Accordingly, the researchers electrochemically deposited NiFe LDH nanosheets in a controlled manner on the surface of hollow CoSx nanoarrays supported on nickel foam. “The integration of an active HER catalyst, CoSx and an OER catalyst, NiFe LDH, guarantees a superior bifunctional catalytic activity” added Dr. Park.

The catalyst was able to consistently deliver a high current density of 1000 mA cm-2 in both half-reactions at low cell voltages, suggesting its feasibility for industrial scale water-splitting applications. The researchers attributed this to the presence of ample active sites on the catalyst heterostructure, which enabled electrolyte penetration and gas release during the reactions. Additionally, an electrolyser based on this catalyst demonstrated a high current density of 300 mA cm-2 at a low cell voltage and a durability of 100 hours in overall water splitting.

“The enhanced electrocatalytic properties of our catalyst is likely due to its unique hierarchical heterostructure and the synergy between its components. We believe that our work will take us one step closer towards realising a zero emission society” said Dr. Park.