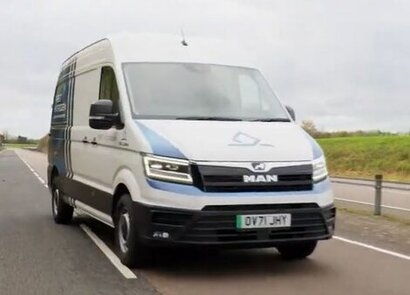 First Hydrogen’s project plan is to produce up to 50 MW of green hydrogen using advanced electrolysis technology and distribute the hydrogen within the Montreal-Quebec City corridor for use with First Hydrogen’s light commercial vehicles (LCV). It will also support other hydrogen-fuelled vehicles and applications in the region.

The company’s LCVs are planned to be assembled in Shawinigan for distribution throughout North America in combination with the Company’s Hydrogen as a Service product offering. The assembly factory will be designed for an annual capacity of 25,000 vehicles per year when at full capacity and will represent a major boost to green technology jobs in the region.

Its strategy is a close match with the Province of Quebec’s Plan for a Green Economy and the 2030 Quebec Green Hydrogen and BioEnergy Strategy, both targeting reduced dependence on fossil fuels, energy autonomy and green prosperity through the use of green hydrogen to decarbonise and strengthen its economy. The Province of Quebec provides a stable and supportive environment for First Hydrogen’s project through its economic, innovation and energy policies and programmes aimed at accelerating the pace of the green energy transition.

“Shawinigan, Quebec is a great place for First Hydrogen to plant the flag in North America” said Rob Campbell, CEO of Energy for First Hydrogen. “Quebec’s first hydroelectric company was established there in 1898 and Shawinigan has a strong history of energy and industry working together. The City and the region are very well positioned with its green energy resources, industrial community and growing green energy economy. It will be also very important to closely collaborate with the regional education network to create the required skills of tomorrow. The region is already the home of the l’institut de recherche en hydrogène de l’UQTR (IRH). Founded in 1994, IRH is one of Canada’s leading institutions in hydrogen research. We wish to thank the City of Shawinigan and Investissement Québec for their ongoing support for this exciting project.”

Balraj Mann, Chairman & CEO First Hydrogen, added that the company is seeing strong market support for its holistic product offering of zero-emission LCVs and green hydrogen and that customer pull combined with strong Quebec and Canadian policy support has convinced the company that now is the time to move forward with this first project.

“Engineering studies are planned to commence in early 2023” said Mr Mann. “Our announcement today coincides with the unveiling of our next-generation hydrogen fuel cell-powered light commercial vehicle in the coming weeks.”