Monday, 20 September 2021
0
Robin Whitlock
Over 500 people registered to attend a virtual event held last week to discover how partners in the North West are designing and developing the UK’s first hydrogen production hub. 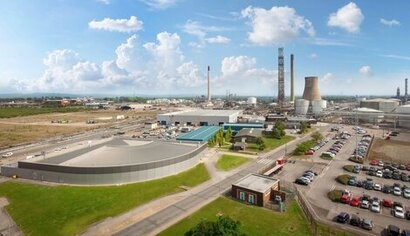 “Natural gas, and fuel gases from the refinery, will be converted into low carbon hydrogen, with carbon dioxide safely captured and stored under the sea in Liverpool Bay” said Jon Barden, Chief Operating Officer at Essar UK. “The hub will initially produce 3 terawatt-hours of low carbon hydrogen each year from the mid 2020's. This will be quickly followed by a facility twice this size giving a total capacity of over 9 terawatt-hours of hydrogen each year.”

Hydrogen is widely regarded by many as being critical to the UK’s future energy mix –providing a low carbon solution to fuel vital to heavy industry, moving goods around the country in heavy goods vehicles and trains, heating our homes and generating electricity when the sun is not shining or the wind blowing. It will help the UK decarbonise in order to reach its net zero commitments and pioneer a hydrogen economy as a catalyst for green growth.