Thursday, 02 June 2022
0
Robin Whitlock
Renewable green hydrogen company Lhyfe has received approval from the city of Schwäbisch Gmünd (Baden-Württemberg) to start construction of its plant on an industrial site of about 10,000 square metres. 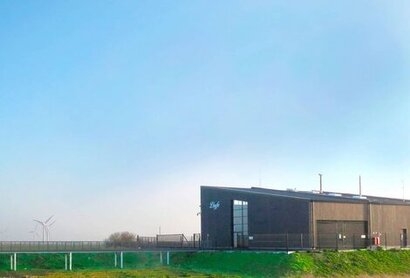 A production site for renewable green hydrogen by water electrolysis with a capacity of up to 4 tonnes/day (10 MW) is to be built along with a publicly accessible hydrogen filling station and a pipeline to supply the future ‘H2-Aspen’ technology park with renewable hydrogen. The plant is expected to be operational in early 2024.

Electricity required for the production of the renewable hydrogen will be provided by a connection to a wind farm and photovoltaic installations. Future customers for this project are located in the immediate vicinity of the site and in the region. The hydrogen will be used as a process gas by industrial customers and as a fuel for fuel cell vehicles at distribution stations.

“The cooperation with Lhyfe provides the necessary impetus for a fast and reliable development of the H2-Aspen project” said Richard Arnold, First Mayor of the City of Schwäbisch Gmünd. “With this project, we want to offer companies in the region a local, sustainable and environmentally friendly energy solution. Within the framework of a holistic sustainable production, we enable and demonstrate what a ‘business and industrial park of the future’ can look like. This holistic approach, positioning ourselves along the entire hydrogen value chain of the project, is not only exemplary for our region, but also on a national level.”

Luc Graré, Head of International Business at Lhyfe, added that the region's goal is to establish an economically autonomous hydrogen industry and that to support this goal, the company is actively involved in the construction and expansion of the planned technology park.

“Thanks to our expertise in building local hydrogen ecosystems as well as our model of direct connection between renewable energy sources and our production sites, we can optimally support the development of the region” said Mr Graré. “Following our previous involvement in projects in Germany, this project is part of our strategy to supply Germany with green hydrogen on a national scale by 2025.”

Lhyfe is working on a rapid ramp-up of the green hydrogen market in many European countries. Various projects have already been announced in Germany, including cooperations such as the participation in the H2goesRail project of Deutsche Bahn and Siemens Mobility.

The agreement allows Lhyfe to actively pursue the development of this project in Germany, the next step being to obtain dedicated grants. The 10 MW project is one of the 20 projects in advanced development (corresponding to the ‘Tender ready’, ‘Awarded’ or ‘Construction’ phases) announced at the time of the IPO, with a total capacity of 380.5 MW and a planned entry into operations between 2023 and 2026.