Thursday, 04 February 2021
19
REM
Gasoline and diesel engines, which are powered by fossil fuels, will soon be sidelined by climate change. Instead, new propulsion systems will be required. One fuel with a big potential is hydrogen. Hydrogen vehicles are equipped with a reinforced tank that is fueled at a pressure of 700 bar. This tank feeds a fuel cell, which converts the hydrogen into electricity. This in turn drives an electric motor to propel the vehicle. 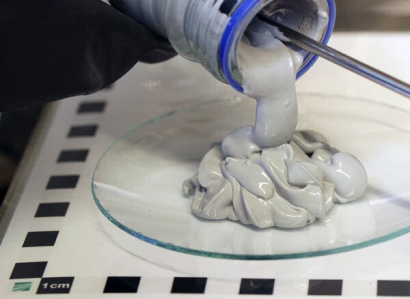 Tags: Hydro ,Hydrogen ,Fuel ,Storage ,Fuel cell ,Electricity ,Climate change ,Electric vehicle ,Germany ,SAF ,Transport
Add a comment
Anbu
I want to read hydrogen storage article
Ben
I think that this is a very promising development, especially in the concept of a "range extender" for battery electric vehicles. Though Li-ion storage of electricity is superior in almost every way to storage with hydrogen (73% wall to wheel recovery, vs 22%; no explosive gas under extreme pressure; simpler; rechargeable at home; etc.), its one deficiency is the weight of extra capacity. At about 750 g per kilometre of range, it is a large extra cost and weight burden to drive around with the capacity for 600 km range if you only need 300 km in your normal driving. I have no doubt we could adjust to the idea of stopping for long enough for a fast charge, but an attractive alternative would be swappable \'batteries\' for BEV. They would not be Li-ion, as even another 100 km would be 75 kg, and for several you would need a strengthened chassis and suspension adjustment. With this Powerpaste option, I envisage a unit about the size of a spare tyre, weighing about 25 kg and plugging in to your car to give an extra 300 km range. The paste, water, and fuel cell would all be part of the unit, so that it only connected by terminals for power, and control electronics. Units would be swapped out and recharged with regenerated paste, and regularly checked for safety. Provided the recharge or rental cost was less than about US$40, the equivalent fossil fuel cost for 300 km (~200 miles), there would be a ready market.
RAJESH
SUPERB SIR GREAT INVENTION KINDLY SHARE VIEDOS
Amit Lunia
If this product succeeds on what it claim to be, then it would be a revolution in energy management. besides that the water which it generate should be safe- potable or for irrigation purpose or could be discharged to a waterbody
Dan
According to the article power density is the main advantage of the paste. The problem I see, is the need to manufacture and recycle the paste, thus, consuming energy, most ly electricity, and loosing energy at every step of the process. Starting with electric you can charge your EV and off you go.
Sebastian
Since water is used to produce the needed hydrogen this system would not work at temperatures below freezing. Please comment.
Bill Cunningham
The waste product is very probably magnesium hydroxide. This is completely safe and is drunk as part of milk of magnesia used as an antacid medicine. I\'m not sure what the pathway would be for taking this and recreating magnesium hydride in a circular magnesium economy.
JD
Great invention, congratulations! Especially the by far higher energy density will open more usecases as we now can think of. The only puzzling are the laughable lobby \'arguments\' i see as comments here.. Peeps be careful, there are many paid fudders present, spreading false informations and sheer nonsense. Under the line this just prooves the concept that H2 is a powerful track to get rid of fossile powers.
Neville
The concept is probably viable, however the problem remains how to make H2 affordable and green. Electrolysis is very (20%) inefficient and using coal as in 100 years ago is illogical. However much the Australian mining industries love the idea.
Andrew
I guarantee the waste would be recycled / recharged with h2 if this tech develops. You can\'t throw away 10 kg of expensive magnesium ($200 USD in Feb 2021) to get 1 kg of cheap hydrogen ($1 - $2) and ever expect any industry adoption. That would be making an electric car with a single use battery. Nobody would buy a new battery every 400 km.
Subscribe!
12
ocean energy