Tuesday, 18 January 2022
0
Robin Whitlock
Hydrogen will provide a last-gasp opportunity to decarbonize 25 percent of all energy consumption according to a new report from Rethink Energy. 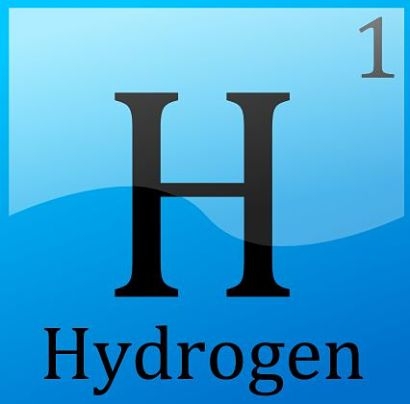 As more taxation is applied to carbon emissions, the rise in hydrogen production capacity will see it become the most cost-effective means of energy supply to sectors in all corners of demand.

Rethink Energy’s latest report, entitled Hydrogen to clean up energy with $10 trillion spend, provides a global forecast of hydrogen demand through to 2050, with figures provided across 21 key countries and 14 different sectors across the economy.

By the middle of the century, total investment of $10 trillion will have seen the cost of hydrogen fall by over 95 percent from levels seen in 2020, spurring a 10-fold increase in global demand. In total, 771 million tons of hydrogen will be required per year as the world heads towards net zero emissions on this timeline.

The journey has already started, with the report pointing to the massive acceleration in market activity over the past year alone, with new gigawatt scale projects and electrolyser production facilities being announced week-on-week.

In just two years green hydrogen – produced by electrolysers driven by renewable electricity – will undercut the cost of existing (and polluting) grey hydrogen supplies. By 2026, this will be the case worldwide, even in countries scrambling to make ends-meet from the last of their stranded oil and gas assets. This timeline is also neglecting any sudden breakthroughs that should come to lowering the cost of green hydrogen, which we expect may see costs fall significantly faster than those forecast.

With imperative climate action and accountability coming to the fore of global politics, industries will be transformed by a sudden change in the value placed upon environmental impact. As well as having more expensive production methods, late-to-act and heavy-emitting businesses will face a cliff-edge of failing support from investors.

In recent years, with blurred lines in the ability to decarbonise, companies have used the ‘chicken-and-egg’ excuse to delay their investment in green hydrogen. These laggards will be left behind by the early movers who already have projects well on their way to realising the approach’s true benefits.

Along with the inherent cost advantages of a technology that will fall so rapidly in cost, as green hydrogen replaces oil and gas, it will create a new landscape for geopolitics and clean commodities trading. It will overthrow industries that have been built on corruption and open up swathes of opportunities for developing countries to sustainably capitalise on their (often vast) natural resources.

This will start with the existing demand for hydrogen – around 71 million tons per year – in the production of ammonia and refining of oil, as green hydrogen replaces its fossil-fuel-based alternatives when it becomes increasingly available.

Industries like steelmaking and cement production, that have plodded along for centuries using age-old techniques will also be forced into change. Pilot projects are already underway, proving hydrogen to be their greatest chance of reaching net zero emissions by 2050, with commercial scale production expected to come from 2024 onwards.

While passenger transport will remain dominated by electric vehicles, the logistical advantages of storing, distributing, and refuelling with hydrogen will see an increasing share of green hydrogen used as we move up the size-scale of the transport market. By the time you reach heavy-duty trucks, hydrogen will be the go-to option for the bulk of operators, while hydrogen carriers – either e-fuels or ammonia – will be essential in aviation and maritime markets from the late 2020s.

In heating and power supply, again renewable electricity will be the primary victor. But the need for gas-based approaches to several logistical challenges in these markets will see a material segment left needing green hydrogen to decarbonize. The sheer scale of the energy demand from these sectors will see them become two of the dominant users of hydrogen by 2050.

The role of utilities and energy suppliers will become intertwined with these industries, creating an abundance of opportunities across the hydrogen value chain, as well as severe risks for those that fail to act or innovate now. For developers of fuel cells, electrolysers, the renewable technologies to power them, and the distribution infrastructure to link it all together, the coming years will be vital in defining winners and losers of the transition. Many have already lost.