Monday, 12 February 2018
0
Dan McCue
It sizzles and satisfies like beef but in fact hasn’t got a shred of meat in it. And that's the beauty of the Impossible Burger, according to Rebekah Moses, sustainability manager of the Silicon Valley-based company -- Impossible Foods -- that fashioned it from plant materials. 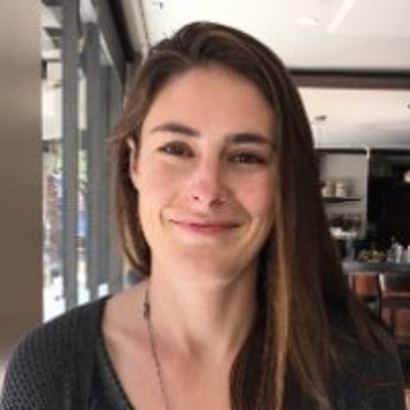 The company is the brainchild of Dr. Patrick Brown, a biochemist, who, in 2009, took an 18-month sabbatical from Stanford University to address the ills of industrial animal agriculture, which he'd determined was a significant driver of climate change.

Initially, Brown hoped to galvanize his colleagues and draw attention to the issue of nonsustainable food systems by putting on a conference in Washington, D.C.

When that event, held in 2010, proved to have minimal impact, Brown determined that the best way to curb animal agriculture was to offer a competing product. With that, the Impossible Burger was born.

Well, sort of. Five years of research would follow. From the start, Brown and his researchers knew they wanted to develop alternatives to meat and dairy products, and they wanted to use plants, which have a much lower environmental footprint.

But the problem with veggie alternatives is, they are usually not very much like the food items they are meant to replace. At least, not when it comes to such important considerations as aroma, texture, flavor and eye appeal.

Brown was aiming for something better; something much more satisfying. 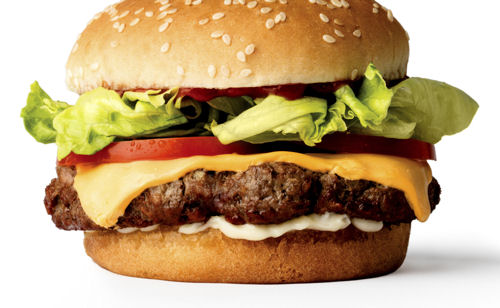 The breakthrough, says Moses in the interview below, was finding their way to an ingredient called "Heme," the chemical that makes blood red and is found in all meat. As it happens, it is also found in the roots of all plants, and is in abundant supply in the roots of legumes.

Once they identified Heme, Impossible Foods' scientists created a chemical library of proteins and fats derived from plants. Along the way, they experimented with combinations of plant material until the Impossible Burger met all their requirements.

It is now available in hundreds of restaurants in the United States and will soon be on sale in the Far East. Impossible Foods' goal is to replace animals in food production by 2035.

This is a broad question, but how did you wind up at the intersection of molecular food research and sustainability?

This was the brainchild of our CEO. He's been a biomedical researcher for 25 years, and he was working down at Stanford when he went on sabbatical for a year.

Animal agriculture is a primary driver of the problems he was thinking about, and he realized the solution was removing animals from the food supply.

He was coming from a science background, and coming from an analytical research background; he was outside the food system so he was able to look at this and say, "Well, here's a mechanism that we might be able use ... one of many market solutions to consumption.”

That's where he came up with this idea of entering the private sector and starting a company that delivers delicious, super tasty, plant-based meat and dairy products that will replace the products that are much less efficient ... and we don't have to ask consumers to compromise in terms of taste or their food culture. And that can have a potentially huge, scalable impact on climate change and land use change -- among other solutions.

So fill in the blank for someone who might not have heard this: Removing animals from the food supply chain is good because…

I mean, there are groups out there that are studying it, but it hasn't entered the popular consciousness in the same way that transportation has ... people already say, "I shouldn't drive a Humvee, I should drive a Prius, or take a bike or [what have you]."

And part of it is we don't have that perfect substitute yet. And that's what we're trying to provide. I mean, when you're at a barbecue or ... well, let's talk first about getting to the barbecue. You can drive. You can take a bike. You can walk. You can drive a Prius. You have all these options and you don't really have to sacrifice in choosing any one of them. But when you get to that barbecue and someone offers you a burger ... if you have that mindset of, "How can I be more sustainable?" your only other option is what, a Tofu patty? A black bean burger? It's not the same thing.

This is really about presenting consumers with an option. Of saying you don't have to make some kind of sacrifice in terms of culinary choices to have this agency in environmental considerations. You can eat the same things you always have, it's just going to be way more efficient. And it's going to come from a different source -- it's going to come straight from plants. Not from an animal.

What I always tell people is that in choosing Impossible Burger over a traditional beef burger, they are eating a product that is 95 percent more efficient in terms of land use; 75 percent more efficient in terms of water use; and one that generates just 13 percent of the emissions associated with a beef product. So for me, this is one market solution in a toolkit of solutions that consumers have.

I assume when you went into this, you looked at a variety of food products. Is the Impossible Burger the first you've brought to market?

It's our flagship product. It's the first product we're commercializing. We do have an extensive research and development effort underway to understand everything about meat and dairy products -- what makes them delicious, what makes the texture what it is, what drives the flavor change and the aromas and everything. So we do have a technology platform that can inform new products. And we have prototypes of other products, but we've launched with the Impossible Burger.

Did you decide on the burger because they're so ingrained in the culture and, for many people, the gateway product to a million other things?

That's a great question and there are a couple of answers to that. The first is that this is a very environmentally focused mission within this company. If you want to really have a big environmental impact you have to target the thing that is the primary negative environmental driver, and that's cattle. And 50 percent of the beef that's consumed in the U.S. is ground beef, so that's what we wanted to target with our first product.

Not only is it an iconic part of American cuisine, but it is something that has the potential to have a huge mitigation role.

A key attribute of the Impossible Burger is its juiciness, which you guys attribute to a substance called Heme ...

And this is derived from Leghemoglobin found naturally in the roots of soy plants?

"Leg" being short for legume and hemoglobin being, well, hemoglobin ... it's not quite the same protein that's in human blood, but it's the plant version of that. So, in the root nodules of any leguminous plant -- anything that's a nitrogen-fixer, for instance, peas, beans, soy -- you have these root nodules and these are what contain the leghemoglobin which is part of this nitrogen-fixing activity. And when crack them open, it's bright red inside. It looks like blood. It tastes like blood. And it acts very much like blood, it's just that it's a plant version of it.

Anyone who has eaten a traditional veggie burger or other burger substitute knows the experience of eating those burgers is not the same as eating a traditional beef burger. The Impossible Burger, on the other hand, really does seem like a beef burger in terms of its texture, juiciness and so on ... how long did it take and how difficult was it to reach this point?

It's kind of funny because the actual product itself is kind of low-tech - you take plant proteins and squish them together. But the process to get there was five years of understanding meat.

Even though we are a plant-based food company we understand animal product in a way that very few other groups do. So, it was a process of figuring out this burger. The initial discovery was the heme. We arrived at this theory that it was heme, or blood, that determines how beef cooks, how it smells, tastes, how the flavors catalyze when it cooks.

That was one of the very early discoveries where we said, "Oh yeah, we were right." There is a huge role played by blood and this same role can be played by heme.

That was one of the key discoveries, but there were also research flows around analytic chemistry, basic food science, understanding texture, and even the stretching and gelling properties of meat that you would need to find in the plant kingdom and bring into a plant-based product.

Now along with all that, you've had at least two rounds of funding that I'm aware of, bringing in $75 million and $108 million, respectively, from investors including Google Ventures, Khosla Ventures, Viking Global Investors, UBS, and even Bill Gates. So tell me about the process of rolling this product out?

The way that we've kind of rolled this out is by working with chefs we knew were going to be really great in providing feedback for us -- helping us create delicious products while at the same time providing us with high visibility and helping us build the brand ... doing really cool things with the product.

From there we were able to take this platform -- working with these really great, high-profile chefs -- and start rolling out into a more widely available space.

Part of that is continuing to build the brand. We want to make sure people think of us as the great product we are and with the food experience they want to have.

The good news is we are available through distributors, so if a restaurant wants to serve Impossible Burgers they just need to reach out to their distributor networks and procurement centers to bring it in.

And now that we've ramped up production in our Oakland facility, where we are going to be producing a million pounds of burger per month or more, we're able to start shipping this out across the country. I think we're already in between 500 and 600 restaurants; a lot of better burger chains but also your local places that you drop in for a bite.

Does the fact that you were a presence at the World Economic Forum in Davos imply that there's going to be an international roll out at some point?

We are definitely targeting an international roll out. We are focusing domestically right now and we're looking at Asia for spring.