Tuesday, 06 April 2021
0
Jane Marsh
It sounds almost too good to be true, but a well-known marine pest, called the gribble, can significantly aid in developing and storing a renewable energy source called biomass. The potential these pests have is significant. While the science behind this development is complicated, the practicality of harnessing and storing energy as biomass that is even more environmentally friendly than the current process is hopeful. 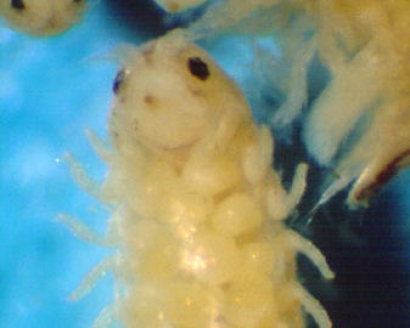 It's remarkable how pests can help renewable energy develop. Fortunately, with continued research and hardworking scientists and energy professionals, the future of renewable energy continues to expand.

Gribbles are one of the most notorious ocean pests. They're known for gnawing through boats and other wood, which can be a nuisance for those trying to preserve ancient or vintage sea-faring equipment and docks. To put it simply, gribbles are like the marine version of termites.

These microorganisms are only a few millimeters in length. Put them together in masses, and they can break down any wood they find in very little time. They are advantageous for other things, though, like decomposing the fallen trees that block waterways and produce biomass.

The Current Situation with Biofuel Production

Pressure continues to rise for companies and individuals to switch to a renewable energy source. The immense amount of carbon and other greenhouse gas emissions continue to harm the environment, people included.

Farmers could use all of the land used for biofuel for other purposes, including growing food. Still, biomass is a generally clean fuel, and it's highly efficient, which is why it leads the way in renewables.

Those working in renewables use wood as a source of biofuel. To extract the stored energy, the wood must go through chemical processes and high heat to break down the lignin and remove plant sugars, which outputs carbon dioxide.

This method of extracting biomass isn't the most sustainable, which is why scientists have looked to gribbles for a more eco-friendly extraction process.

How the Pest Can Help

These pests are genuinely incredible, even if they do ruin ships and sea equipment. Gribbles have an intricate digestive tract that breaks through lignin, which is the layer surrounding the plants’ sugars.

Usually, lignin is tough to break through because its structure is random and varies between species, making them resistant to most enzymes. The reason gribbles can do this is that they are invertebrates. Instead of having hemoglobin like humans and other mammals, they have hemocyanins.

Hemocyanins are the same substance that makes the blood of invertebrates blue. They also help extract the sugars from the trees they eat. This discovery has allowed researchers to come another step closer to developing a more sustainable way of transforming wood into fuel.

Why have researchers chosen this minute organism to study over other, larger pests or insects? Gribbles, unlike other insects, have a sterile digestive system. Since their digestive tract is sterile, they don't have other microbes that do the digestion for them, making research more accessible.

Gribbles are extremely small, so they have to break the wood into smaller pieces to digest it. The hemocyanins used for digestion break down the lignin, allowing enzymes to come in and release the sugars used for biomass.

The microorganisms naturally ferment methane. By gathering tons of these pests and giving them the perfect environment, they can release methane to be used as biomass fuel.

As long as these microorganisms continue to make biomass more sustainable, they're worth keeping around. Renewable energy developed from pests was once a far-off goal, but now, the dream may become a reality.