Observations on opportunities and challenges for solar sector - Part 1

Monday, 19 December 2011
0
John Joshi
With 2011 drawing to a close, our solar finance blogger, John Joshi, takes stock of the challenges and opportunities in the US solar industry. He remains optimistic about the sector's future despite a tough year. 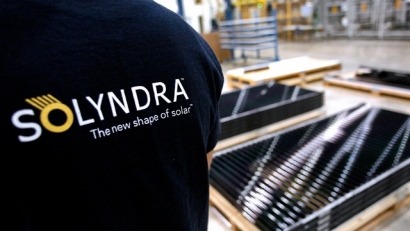 Over the last few months we’ve had investors and other participants in the renewable sector and specifically the solar sector inquire about the prospects for the sector and securitization. In part one of a two part series we will attempt to address some of the key issues and challenges for the sector that investors have inquired about.

As government benefit programs expire, such as the ITC cash grant this year and the reduction of the ITC from 30% today to 10% in 2016, how will the solar industry maintain a competitive position in the energy market?

Overall the industry has developed certain economies of scale already so the challenge will be if PV pricing stays at the current level or lower and also how state SREC pricing stays firm. I think a lot of projects that are on the fence and not structured properly will fall out. We should see more consolidation where better balance sheet players will have the pick of the stranded projects. The polysilicon sector has ramped up to meet the demand with dedicated capacity for the photovoltaic sector, which should keep prices for PV down and possibly lower going forward as more production capacity comes on-line. Newer higher efficient technologies are also beginning to be developed and should come on line in the next few years with highly competitive pricing. We do have some concern about tariffs being put in place though. A lot of players in the industry have 'safe-harbored” capacity for the ITC Grant through 2013 by investing in equipment under the Treasury guidelines. We are also hearing of dedicated funds for investors that are also safe-harboring ITC Grant capacity for investors. While the ITC Grant story is not necessarily over yet – there is still a chance that it get extended - it’s the job story and it was sold to Congress last year as well and from what we understand the ITC Grant got approved over s three day period last year. So it’s not over yet – the industry groups are lobbying Congress and I would say it’s better than 50% chances it gets extended again. Though I am concerned that if does not get extended the market for distributed generation, i.e. smaller scale projects will be impacted considerably as it can't attract tax-equity players.

What are the implications, if any, of the Solyndra bankruptcy?

For the short run, Solyndra really hurt the perception of the industry. We have a lot of public relations to manage with Congress, public and the media. We need to continue get out the story on energy independence and job growth as well reducing the impact on the climate. We need to get more positive press and bring renewable energy and solar into the mainstream consciousness of society. Solyndra was a mistake but the reality is as a B- credit at best it was a risky venture in an unproven technology. Should the tax payers take this kind of risk? I don't think the way they structured the deal it was the best in the public’s interest. I think public/private partnership structure would be better where the US tax-payers are at least pari-passu to other investors for the risks. Better structures could be set up so we can help firms deal with the “value of death” for financing. Perhaps a fund-of-fund approach whereby tax-payer money is allocated through private investment firm is a better model and the private firm has skin in the game. The US taxpayer should not be in the first loss position to private capital. All that being said, the public social good means that we do have to make investments and support the growth of renewable energy.

What impact has the recent reduction in panel prices had on solar businesses?

Distributed Solar has certainly benefited with reduction in panel prices and allowed to move closer to grid parity with other sources of energy. We are seeing projects being done at $1/Watt in panel costs. Also some large projects have switched to PV from thin film to benefit from pricing and efficiency of PV vs. thin-film

Could solar developers continue to provide competitive PPAs if a tariff on Chinese panels were approved?

Yes. The key us having a well structured policy framework. Renewables and solar need to have an effective policy frame work that consists of key policy initiatives – net metering standards, incentives, interconnection standards, well defined utility rates and revenue policy. Solar still needs a cross over period to compete with fossil fuels, which are supported through various policy schemes like tax credit, depreciation allowances, liability shields and other public expenditures. From what I've seen on the tariff on Chinese panels ...it could be up to 125% if I am not mistaken. I think there is ample room in the balance of system costs to absorb that for most large system developers. The bigger challenge might be access to a liquid tax-equity market if 1603 does not get extended. As I've said earlier I think there is a better then 50% chance it gets extended. Finally, innovation is not going to stop - we are only at the beginning of the efficiency curve for solar.

How have the current economic conditions impacted the solar industry?

The industry suffered at the onset of the financial crisis but has recovered greatly with the introduction of policy schemes as well as the price curve for PV. We are still at the model T of the solar business as compared to the auto industry. The next 20-30 years will bring tremendous innovation to the sector and solar will be a core power source and take its place on the big energy table. New technologies and developments as well capital and financing structures will help leapfrog the industry forward. We continue to see capacity increase in China, Japan, Korea and other manufacturing countries. The Chinese are building their capacity for export but also for internal consumption – where they will become the largest consumer of PV in the not too distant future.

The solar sector has made a lot of progress and has benefited from the ITC Cash Grant, State and Federal policies as well a reduction in panel pricing. The sector is starting to attract capital from various sources, including corporate players. The key for the sector is continued policies that bridge the gap until the sector can achieve grid parity without regulatory support. Grid parity and reduction in cost will attract private capital from numerous sources and also open up the capital markets and securitization to provide cheaper source of capital insuring long-term growth of the industry.

[Editor’s Note: A version of this article was originally published in AOL Energy. John Joshi is a managing director at CapitalFusion Partners LLC, an advisory firm focused on renewable energy and infrastructure projects. He also runs the Carbon Finance & Securitization group on LinkedIn. Mr. Joshi can be reached at: jjoshi@capitalfusionpartners.com.]