Tuesday, 23 October 2012
0
Robin Whitlock
The report was produced by Imperial College and argues for targeted renewable policies from the government. 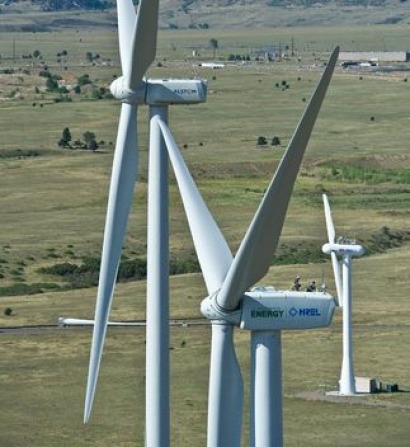 The paper is entitled On picking winners: The need for targeted support for renewable energy and it was written by Dr Rob Gross of Imperial College, London. It essentially argues that increasing calls for ‘technology neutral’ green energy polices, such as carbon pricing, are immature.

“There is a notion, popular amongst some energy economists, that carbon pricing is the only policy we need in order to save the planet” said Gross. “This is so simplistic it is absurd. Renewable energy in particular needs the policies that are investment grade. Only then will we get costs down and create a cleaner and more secure energy system.”

The government is increasingly beginning to favour an approach in which subsidies are auctioned to the most cost effective low carbon projects through the proposed contract for difference (CfD) feed-in tariff incentives. The new report however warns that the UK remains years away from being able to deliver a truly "technology neutral" policy landscape and that too rapid a move towards carbon pricing would undermine investment in renewables and other low carbon technologies.

“This report is a welcome contribution to the debate, and extremely timely” said Gaynor Hartnell, CEO of the Renewable Energy Association (REA). “The Renewable Energy Association strives for a future where renewables compete on an equal basis with other technologies, in a market where the costs of carbon are fully priced. However, as the report acknowledges, we are a long way from that at present. To quote from the executive summary ‘fossil fuels are more often subsidised than taxed.’ Well designed, targeted support is therefore essential and provides great value.”

The report notes that with carbon pricing set through the EU ETS and currently standing at around €7 a tonne it remains far too low to drive investment in renewables. Even with a price increase, they would unlikely to be high enough to drive investment in truly low carbon technologies and would therefore enable only a switch from coal to gas-fired power. A higher carbon price would also result in an unacceptable windfall for operators of wind farms and nuclear plants, driving up energy prices. It would also fail to counter fossil fuel subsidies and would not help to overcome non-financial barriers to emerging low-carbon technologies.

“Carbon saving is not the only reason for doing renewables” added Gaynor Hartnell. “Renewables also help with energy security and help us keep more money circulating in the UK economy as opposed to sending it overseas to pay for energy imports. Renewables also create more jobs, and have other benefits such as improving waste management practices.”

WWF, who commissioned the report, maintains that targeted policies remain essential to create an ‘investment-grade’ policy environment favourable to those considering whether or not to build new plants in the UK.