Tuesday, 18 December 2012
0
Robin Whitlock
Subsidies for large installations to be reduced by less than originally planned in order to unlock new investment 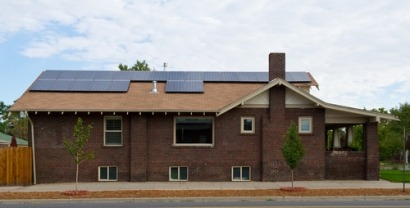 The government released two consultation papers in September setting out proposals for the Renewables Obligation (RO) covering the period 1st April 2013 to 31st March 2017. One paper covered the levels of banded support for solar PV while the other addressed biomass affordability and sustainability.

DECC’s aim is to incentivise solar projects on buildings and so from next April these will receive higher rates than ground-mounted projects which will encourage the installation of solar projects on large buildings such as factories and warehouses. Ground mounted systems will receive 1.6 Renewable Obligation Certificates (ROC’s) per MWh while building mounted systems will receive 1.7 ROC’s per MWh. While the new support is higher than the 1.5 ROC’s per MWh originally proposed by DECC it also falls short of the 1.8 ROC’s/MWh that the industry argued was necessary to attract investment.

“We have listened to industry about the need to differentiate support between building mounted and ground mounted installations and we have introduced two bands as a result” said Energy & Climate Change Minister Greg Barker. “Our proposals for solar projects on commercial buildings will encourage businesses to consider solar PV as a serious option for meeting their power needs.”

He added that DECC acknowledges the cut from the current 2 ROC’s per MWh will be challenging for some businesses but that the department has struck the right balance between supporting the industry on its way to achieving grid parity while minimising costs to the consumer. Barker also added that solar energy would be ‘embedded’ within the government’s Renewable Energy Roadmap which is due for publication before the end of the year. A source within the industry commented that although some businesses will indeed find the new levels of support challenging, those projects that are well managed and well sited should be able to proceed.

The government also announced measures to ensure that the Renewables Obligation (RO) will bring forward new biomass projects which are both cost and carbon effective. The aim is to unlock investment decisions worth £600 million creating around 1,000 construction jobs. Thus dedicated biomass plants will receive 1.5 ROC’s/MWh up to a limit of 400MW of installed capacity. Once this cap is reached the government will consider whether or not to consult on the restriction of further biomass deployment through the removal of grandfathering rights from additional biomass plants.

“We want to see a healthy solar industry that grows in a sustainable way” said Ed Davey, the Energy and Climate Change Secretary. “That’s why our support levels reflect the fall in the cost of the technology. Biomass will make a significant contribution as we seek to increase the amount of cost-effective, low carbon renewable power in our energy mix. The support we are setting out today will bring new investment into the economy and create new jobs.”