Monday, 17 December 2012
2
Robin Whitlock
The Sahara Forest Project pilot facility was inspected recently by delegates from the Dohar climate talks who were served cucumbers grown in the desert 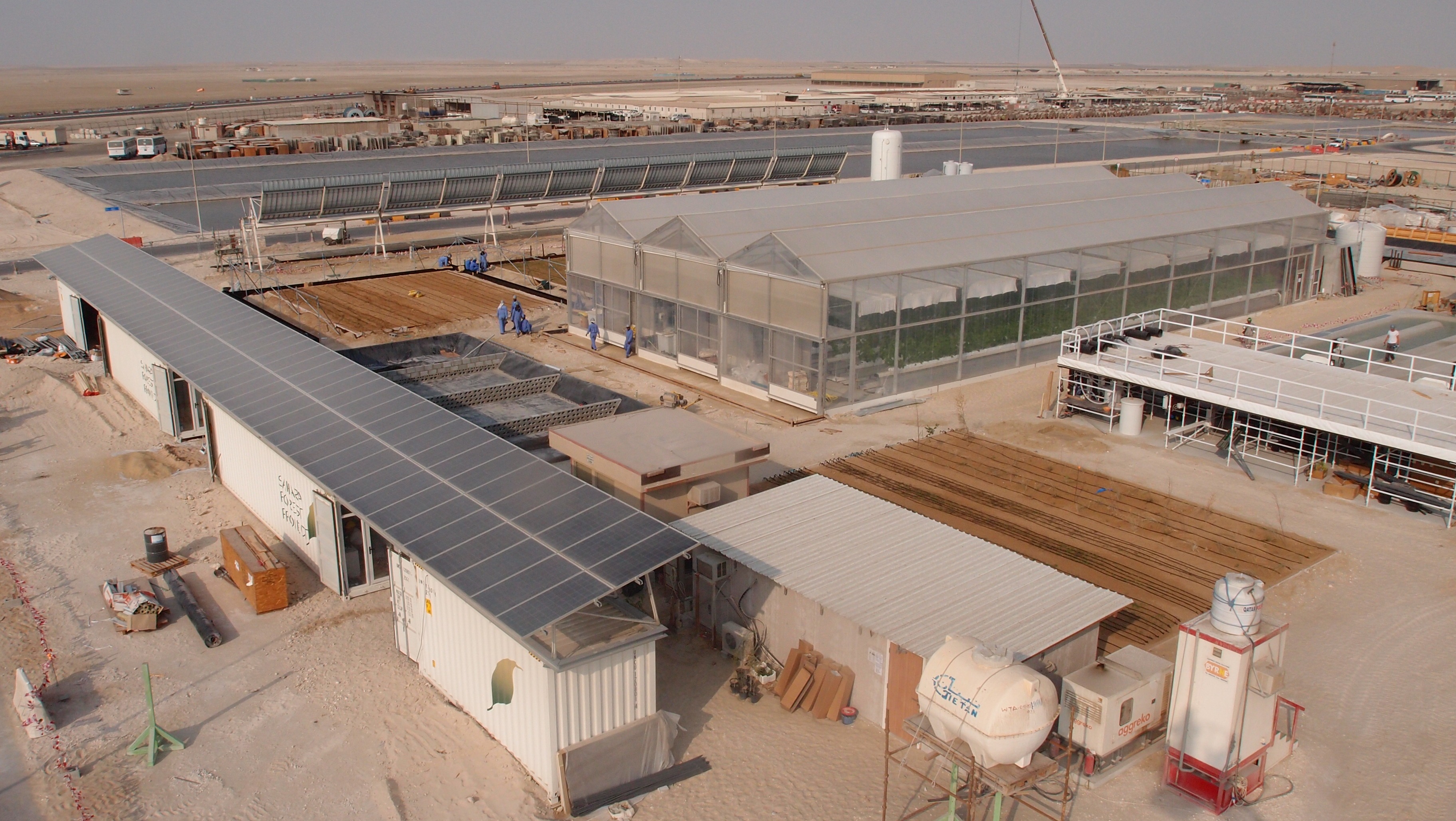 The pilot facility was officially opened by Qatar’s Heir Apparent Sheikh Tamim bin Hamad Al Thani last week. The facility occupies a 10,000 square metre site within the Measaieed Industrial City in Qatar and its aim is to lead the way towards commercialisation of green technology for large scale reversal of desertification thereby encouraging the use of deserts, seawater and carbon dioxide to produce food, freshwater and energy. Delegates from the Dohar climate conference were served cucumbers grown in the desert when they visited the facility at the end of November.

The facility in Qatar is one of two sites, the other one being located in Jordan. It makes use of concentrated solar power (CSP), but with a difference. In place of the water-thirsty cooling towers of a typical CSP plant, the Sahara Forest Project facility uses a saltwater cooling system and greenhouse roofs to dissipate waste heat. The heat from the CSP mirrors drives a desalination system which produces distilled water for plants grown in the greenhouse and outside in the desert. Waste heat is used to warm the greenhouses in the winter and to regenerate the dessicant  used for dehumidifying the air. The role of the Qatar facility is primarily to evaluate the use of CSP in the country in order to provide vital data for other projects.

The saltwater cooled greenhouses provide ideal growing conditions for vegetables in the desert with the saltwater providing evaporative cooling and humidification. The plant is supported by solar PV and there is also a research facility for the study of algae cultivation for use as a potential biofuel source as well as nutriceuticals and animal and fish fodder. It is also Qatar’s first CSP facility.

“It is designed to utilize what we have enough of to produce what we need more of, using deserts, saltwater and CO2 to produce food, water and clean energy,” said Joakim Hauge.

Project supporters include the Grieg Foundation, Qafco, Sundt AS, Yara and the Norwegian Ministry of Foreign Affairs. The company running the project is a Norwegian private limited liability company which aims to encourage innovation within the food, water and energy sectors. Alongside CSP for electricity and heat generation and the use of saltwater-cooled greenhouses, the project also uses various technologies for growing crops in arid conditions such as evaporative hedges.

Tags: CSP ,Solar ,Waste ,Algae ,Biofuel ,CO2 ,Electricity ,Fuel ,PV ,Carbón
Add a comment
fely
Your style is so exclusive compared to other individuals. Thank you for posting when you have the chance, guess I would just make this bookmarked. Digital Product Blueprint
I.Maule
Another impressive and attractive undertaking in the sun-related energy field. Greetings from Spain. todosobreenergia.com
¡Suscríbete!
wind