Tires Made From Trees? The Idea is Gaining Traction

Friday, 17 February 2017
0
Dan McCue
A team of researchers, led by the University of Minnesota, has invented a new technology to produce automobile tires using biomass-derived chemicals in a process that could shift the tire production industry toward using renewable resources found right in our backyards. 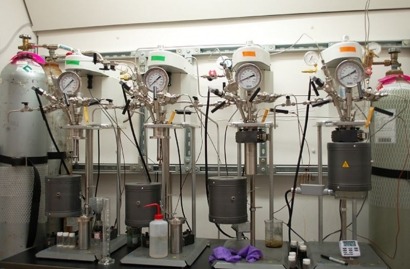 The car tires produced from biomass that includes trees and grasses would be environmentally friendly while still providing the appearance and performance of existing tires.

“Our team created a new chemical process to make isoprene, the key molecule in car tires, from natural products like trees, grasses, or corn,” said Paul Dauenhauer, a University of Minnesota associate professor of chemical engineering and materials science and lead researcher of the study in a press release on the University’s website. “This research could have a major impact on the multi-billion dollar automobile tires industry.”

The University of Minnesota technology follows other recent advances by companies like Cox Enterprises, Piromak and Boulder Enterprises in reducing the environmental impact of existing tires, although these have largely focused on end-of-life technologies and recycling. The University’s discovery has potential to design impacts out of tires’ lifecycle.