Wednesday, 24 June 2020
0
Robin Whitlock
Four of the UK’s biggest unions are today calling on the government to bring forward a hydrogen strategy to create and sustain thousands of green jobs, although hydrogen is not without its critics. 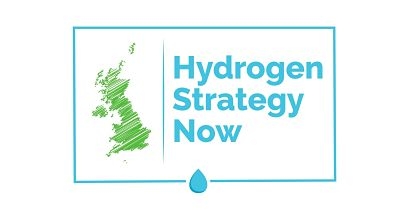 UNISON, Unite, GMB and Prospect have all backed calls by cross-industry group Hydrogen Strategy Now for the Chancellor to lay the foundations of a UK-wide hydrogen strategy, which they believe will generate jobs and support economic growth. The four unions, which collectively represent 200,000 workers in the energy sector, say in a joint letter to Rishi Sunak that they believe hydrogen is key to the UK becoming decarbonised. They say the adoption of a hydrogen strategy would be a significant contribution towards the UK achieving its net zero targets by 2050, “whilst at the same time sustaining and creating high quality jobs and supporting economic growth in all parts of the country”.

The letter was signed by the general secretaries of the four unions – Dave Prentis, Len McCluskey, Mike Clancy and John Phillips – and states that “We can look across the world and see other nations bringing forward multi-billion pound, job-creating hydrogen strategies. The UK cannot afford to risk being left behind and failure would result in the UK not meeting its net zero obligation and a loss of high skilled and quality jobs.”

However, whenever the subject of hydrogen is introduced into discussions around potential renewable fuels, it is invariably the topic of some criticism. There are various reasons for this criticism.

Firstly, hydrogen, at least at the present time is expensive, mostly due to the two main processes involved – electrolysis and steam reforming. This is why hydrogen, at the moment, is not widely used globally, although it is used to power many hybrid vehicles.

Secondly, with hydrogen being a lot less dense that gasoline, it is difficult to store. It has to be compressed into a liquid and stored at lower temperatures and for this reason it also has to be kept under pressure when being transported.

Third, hydrogen is highly flammable. It also lacks a smell when compared to natural gas, which makes leak detection highly problematic. One way of overcoming this is to install leak detection sensors.

When all this is taken into consideration, it remains to be seen how effective the UK Government’s hydrogen initiatives will actually be, at least in the short term.

Hydrogen Strategy Now is being supported by 41 businesses employing around 100,000 people with a total value of £100 billion and with a possible investment figure of up to £1.5 billion across various hydrogen projects. This would in turn create thousands of jobs across the country.

The hydrogen strategy could potentially create and sustain hundreds of thousands of high-skilled, green jobs, in all parts of the country and in alignment with the government’s ‘levelling-up’ agenda. It could also drive progress to UK net zero while improving air quality in towns and cities. Furthermore, it could also secure private investment into the UK and unlock opportunities for products and skills while also increasing energy security.