Why aren't UFOs drawn to renewable energy sites? Or are they?

Thursday, 15 March 2012
0
Dan McCue
Witnesses says they've seen them near nuclear facilities, oil rigs and even hovering above active volcanoes. But UFOs -- whatever they are and whomever may be controlling them -- seem to have turned a blind eye to large-scale wind farms, CSP plants or utility-scale photovoltaics. 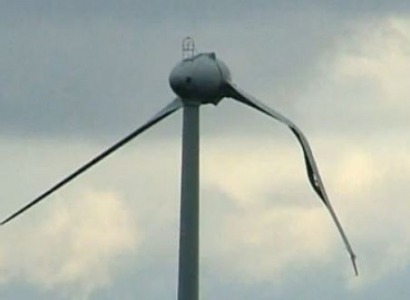 Try as one might, connections between renewables and unidentified fly objects are almost impossible to make.

"It's an interesting question, [but] I know of no connection between renewable energy facilities and UFOs," said Stanton T. Friedman, the physicist who is widely credited with reviving interest in the alleged 1947 crash of an alien spacecraft in Roswell, New Mexico.

But why even entertain such a notion?

Because whatever your convictions on the subject -- whether you believe them to be pure bunk, science fact or science fiction -- they are a fixture of pop culture and popular culture often provides the spark for flights of imagination and future innovation in technology, not to mention future careers in engineering and science.

And besides, speculation is fun.

Why don't people claim to see these things near renewable energy facilities? And, if they do, why isn't there any evidence in their reports?

Nearly every weekend, American television is rife with shows about UFOs. No one ever says, "Well, it hovered about 300 feet over that wind turbine."

The dawn of an era

The start of the modern era of UFO sightings is frequently pegged to June 24, 1947, the day a private pilot named Kenneth Arnold claimed he spotted a string of nine unidentified flying object moving at supersonic speeds in the vicinity of Mount Rainier in the US state of Washington.

At the time, supersonic flight was unheard of; in fact, General Chuck Yeager, then an American military test pilot, wouldn't break the sound barrier for another four months.

But word of Arnold's shiny, saucer-like object transfixed the public. Sometime later -- some say in late June; others early July 1947 -- a rancher named "Mac" Brazel came upon an odd cluster of debris in a field he was working about 30 miles north of Roswell, New Mexico.

Infamously, on July 8, 1947, the public information office at the nearby Roswell Army Air Field issued a press release stating that personnel from the field's 509th Bomb Group has recovered the remains of a crashed "flying disk."

Coming as it did so soon after Arnold's account, the press release caused a minor sensation. The following day, however, General Roger M. Ramey, commander of the Eighth Air Force, threw water on the account, announcing that the so-called "flying disk" was little more than a failed weather balloon.

While Roswell would be largely forgotten for the next 30 years, the idea of UFOs became a staple for books, television shows and documentaries, and a slew of movies, particularly such 1950s classics as The Day The Earth Stood Still, War of the Worlds, The Blob and Forbidden Planet.

Since that time, UFOs had been reported in nearly every setting imaginable and, if a review of a sightings database maintained by the Mutual UFO Network is any guide, nearly every day.

This has been particularly true since 1978, when Friedman conducted a widely publicized interview with Army Major Jesse Marcel, who had been part of the Roswell recovery team. During that interview, Marcel said he believed the military covered up the recovery of a doomed, extra-terrestrial spacecraft in 1947.

But all this context aside, the question remains, why no convergence between the growth of a burgeoning renewable energy infrastructure across the globe and UFO culture?

Ask those who consider themselves serious ufologists, and most will point you to the MUFON database, which is open to public perusal. (http://www.mufon.com/mufonreports.html)

The database can be searched in a number of ways, including by data. location, shape of the object and distance from the witness, and clicking on a specific occurrence, provides details of the witness account.

There's no way to sort results by proximity to power plants or other energy-related facilities, nor does the sighting report used to fill in the database, ask for such information.

Failing at that line of research, the next step was to return to the ufologists to see if they knew of any anecdotal connection. In offering their help, all hastened to state that they are far from the last word on the topic.

" The simple answer to your primary question is we don't know because no one in UFO research has thought about this, I'm quite sure," said Keith Rowell, director of MUFON's chapter in the US state of Oregon. " I've never seen this addressed in the UFO specialty literature or on the serious Internet UFO communications venues."

"However, in the UFO literature there is plenty of evidence that UFOs do seem to be seen around power lines and possibly power stations," he continued. "Also, there does seem to be a proclivity on the part of the phenomenon to visit nuclear power plants and nuclear missile sites.

To my knowledge," Rowell added, "the phenomenon doesn't seem to be "interested in" hydroelectric dams, wind farms, solar arrays, geothermal plants, ocean wave generation efforts, [and so on]."

Steve R. Murillo, state section director of the Los Angeles, California chapter of MUFON, said in his 12 years of observations and research, he's never come across any indication that UFOs are attracted to renewable energy source.

"There are, however, many incidents of UFOs being attracted to nuclear weapons facilities," he said. "Off the top of my head, [these include] the incident at Malmstrom Air Force Base in the late 1960s, and then the Bentwaters Air Force Base of Christmas, 1982. But there have been many others.

"Now, if you are willing to count volcanoes as a 'renewable energy source' (geothermic), then I would say 'yes', UFOs are attracted to a form of renewable energy."

On an entirely speculative note, Murillo was asked if he thought renewables were something a species from some other planet would be familiar with.

"To my mind, renewable is the most obvious form of energy that any evolving species might harness first, before or in parallel with, the concept of combustion," he said. "The power of the sun, wind, seas, water are something you would have to deal with day to day, whether you’re on this planet or the one two billion light years away.

"Astronomers now predict that there are literally billions of planets such as our own in the Milky Way galaxy," Murillo continued. "There are billions of galaxies in the universe, so the math makes the question of life on other planets moot. How they evolve, and what power sources they use to facilitate their own comforts, travel and communication is speculative, but renewable is the obvious choice because it is the simplest."

"Having said that, UFOs do seem to be operating on a “petroleum free” technology," he added. "The obvious choice for space/time travel would be to base your propulsion on an energy source that is pervasive in the “ether” of the universe. Their presence on this planet implies that this energy source exists, but is yet undiscovered by us (publicly anyway)."

"If UFOs are interested in our renewable technologies at all, my guess is that they are only amazed and how crude and un-evolved we are," Murillo said. "I don’t think that extracting 18 percent efficiency from a solar panel is something Professor Alien would give us an A+ for in science class."

There was, of course, at least one high-profile alleged interaction between a UFO and renewable energy facility, one that's readily findable on the internet.

It occurred at Ecotricity's Conisholme wind farm in Lincolnshire, England in early January 2009, and on a night when hundreds reportedly said they'd seen something alternatively describes a while "rods" or a "round, hovering, ball of light."

The next morning, a turbine at Conisholme (pictured above) was found to have lost one of its 66-foot long blades, while another was badly bent out of shape.

If not a UFO, many of the witnesses told reporters, it must have been an errant stealth aircraft in the midst of a military test.

A month later the turbine's German manufacturer, Enercon, issued a report that said the bolts holding the blade to the hub failed, but having ruled out bolt fatigue and design problems, they didn't know why the failure had occurred.

After that, the story simply seemed to peter out.

While the investigation seemed to place the incident in the "of this Earth" category, it didn't explain what so many people claimed to see the night of the failure.

That begged the question of whether a wind farm -- or any renewable energy facility for that matter -- would cause temperature, air pressure or other effects that could trick an observer's eyes into either seeing something that was not there or miss-seeing something more familiar.

"Renewable energy facilities to my knowledge would not cause any special atmospheric or electromagnetic or other (gravitational!?) effects that are different from what you might find normally in Earth's natural environment," he said. " Nuclear energy is different, however, certainly, and electric power plants and power lines effects are not found in nature except in thunderstorms.

"I would think that geothermal plant effects might be like small volcanic areas perhaps. UFOs have been noted a number of times during eruptions of volcanoes, for example, the famous Popocatepetl volcano not far from Mexico City," Rowell added.

What with t recurrent references to nuclear power, it seemed only natural to return to Freidman, who pointed out that, "there has been a lot of work done by Robert Hastings on a connection with both nuclear plants and missiles with nuclear weapons."

"He's written an interesting book, Nukes and UFOs," he added.

But when it comes to renewables, Friedman said they are likely just too unreliable, intermittent and primitive" to be useful to aliens compared to fission and nuclear fusion.

"Fusion is the process that powers all the stars and should make interstellar travel feasible as charged particles can be ejected having 10 million times as much energy per particle as in chemical rockets," he explained. "In addition, they would use isotopes of hydrogen and helium, the two lightest and most abundant elements.

"There are, of course, many nuclear powered submarines and nuclear powered aircraft carriers; the latter being able to operate for 18 years without refueling," Friedman continued. "Fusion would be for between-the-stars travel."

With that, Friedman offered one more explanation for why UFOs might be more drawn to nuclear rather than renewable energy facilities.

"Earthlings have exploded 2000 nuclear weapons," he said. "That might be of concern to alien visitors."