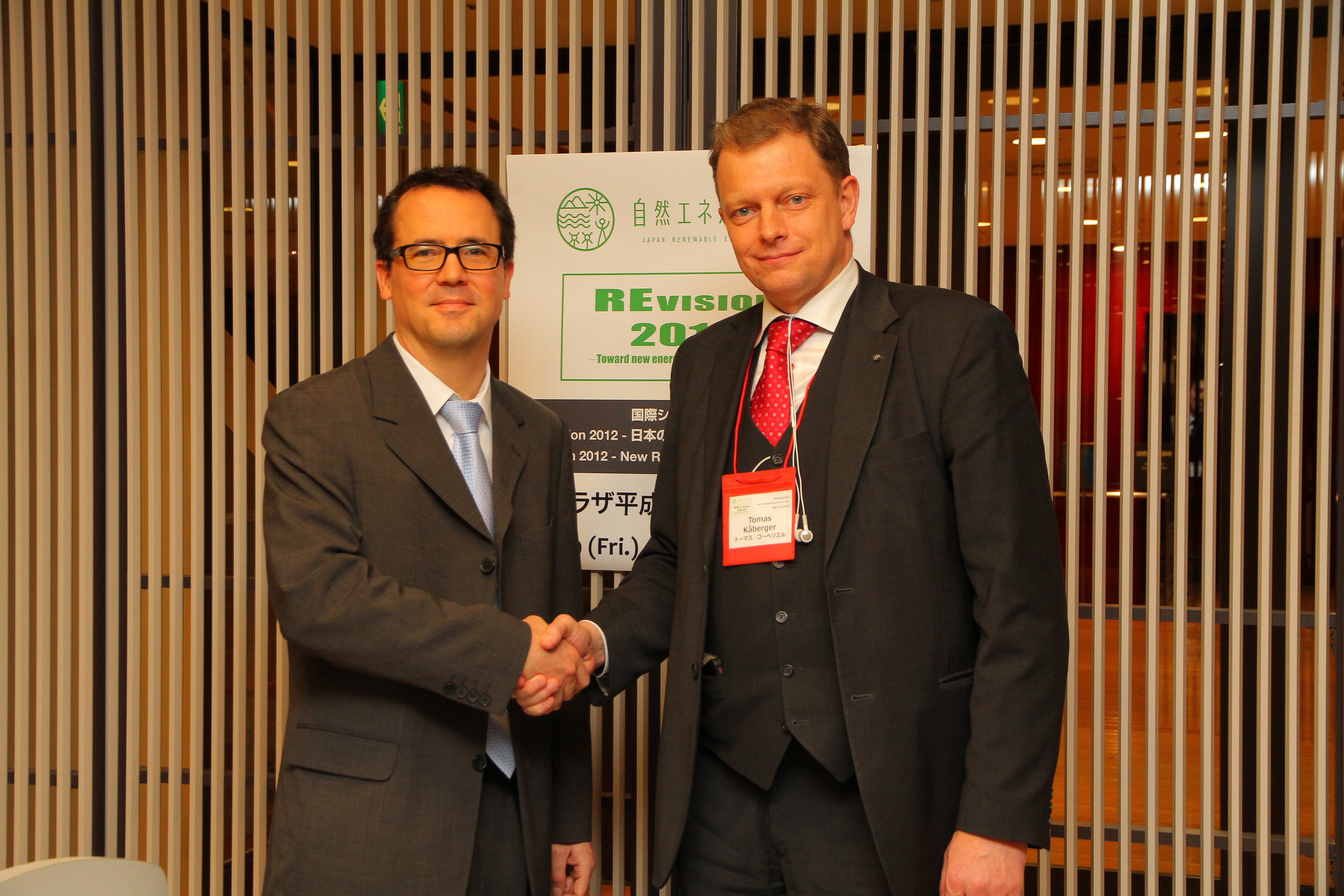 Japan has been working towards an accelerated domestic transition to renewables as an alternative to nuclear power ever since last year’s nuclear accident at Fukushima. The plan is to develop a high-voltage direct-current super grid to supply the whole of Asia with renewable energy and the Japanese Softbank Corp., led by billionaire and JREF founder Masayoshi Son, has now taken the first step in the implementation of the so-called "Asian Super Grid".

By the end of the year, SB Energy Corp., the renewable energy division of Softbank, will identify the site for a wind farm in the Gobi Desert. This first wind farm of up to 300 MW could become operational as early as 2014 – feasibility studies for three more sites in Mongolian parts of the Gobi are planned. Taken together they could result in desert wind farms with a total capacity of 7,000 megawatts.

Renewable energy resources in remote areas of Asia such as the Gobi desert are abundant. The “Asian Super Grid” would transport these to the population centers of the region by interlinking national electricity grids from Japan, Korea, China, Mongolia and Russia, through low-loss high-voltage direct current transmission lines. The DESERTEC Foundation has already conducted an initial feasibility study into possible corridors for transmission lines that will allow the harnessing of the renewable energy potential of the Gobi desert. DESERTEC Foundation Director Dr. Thiemo Gropp sees such a network as an "important step towards implementation of the DESERTEC Concept in East Asia".

The DESERTEC Foundation is essentially aiming for the worldwide implementation of the DESERTEC Concept, a solution to provide climate protection, energy security and development by generating sustainable power from the sites where renewable sources of energy are at their most abundant. In this solution, the sun-rich deserts of the world play a key role. In Europe, the Middle East and North Africa, the non-profit foundation has had years of experience in informing society and political decision-makers about the environmental, social, and economic benefits of a transition to renewables. The foundation currently has projects under development in Morocco, Egypt and Tunisia and through its DESERTEC University Network, it supports knowledge transfer and educational cooperation around the world.