Thursday, 27 April 2017
0
Dan McCue
Israeli renewables firm Eco Wave Power has embarked on a $6 million capital raising round to support its plans to take the company public on the Australian Exchange within the next 12 months. 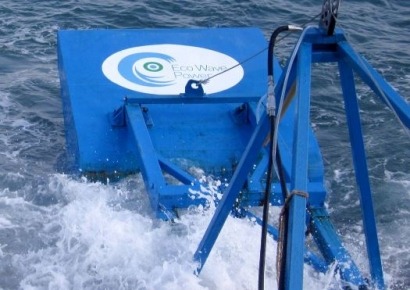 Founder Inna Braverman stated a term sheet has already been signed with an Australian investment fund and EWP has also finalized a share purchase agreement with a U.S. insurance company.

Australian Minister of Energy and Environment, Josh Frydenberg, accompaniedby the CEO of the Australian Renewable Energy Agency, Ivor Frischknecht,  paid a visit to EWP’s power station in Jaffa Port in Israel, and according to EWP, Frydenberg stated  it represented ‘a very exciting project for Australia.’

The visit follows the one Prime Minister of Israel, Benjamin Netanyahu, made to Australia in February, during which he was accompanied by Braverman as part of the Israeli business delegation.

Last year, EWP switched-on its first grid connected wave energy array, which is selling electricity to the electric grid of Gibraltar. The station was co-funded by the European Union and is a part of a total planned capacity of 5MW, which will provide up to 15% of all Gibraltar’s electricity needs.