Wednesday, 08 July 2015
0
Dan McCue
These are busy, busy days for Eco Wave Power. The company has completed the installation of its second generation Power Plant in Israel, commenced parts procurement and assembly for a new project in Gibraltar, and was recognized by the Erasmus Awards. 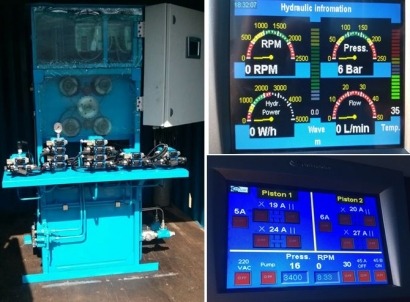 The company says this is all in accordance with its strategy to bring a cost-effective and reliable wave energy product to market.

To date, Eco Wave Power has invested significant resources in the development and commercialization of its unique wave energy power plant, which will take advantage of the vast wave energy potential around the world.

Earlier this month, the company installed the improved system in Jaffa Port, Israel. The upgraded power plant will be working with two floaters. One is "the 1st Generation Floater" and the other is the new and improved "2nd Generation Floater," which will ultimately be deployed in the wave energy project in Gibraltar.

Eco Wave Power currently holds projects pipe-line of 111MW. The Company initiated the execution of such pipe-line with a 5MW power purchase agreement signed with the Government of Gibraltar, during 2014.

The company will complete its initial commitments under this PPA, by placing a wave farm comprised of eight 2nd generation floaters on a pier in Gibraltar, by the end of this year.

This will be the first phase towards the execution of 5MW in total. The 5MW power plant will provide Gibraltar with 15 percent of its energy consumption and assist the county in meeting its renewable energy targets by 2020.

“We have come up with smarter components, higher-grade materials, and state of the art controls and automation allowing us to control the system remotely while monitoring its important indicators; this is in parallel to our progress in the deployment of the new power plant in Gibraltar," said David Leb and Inna Braverman, the founders of Eco Wave Power, in a written statement.

"We would like to invite all our potential partners, clients and investors to come and visit the power station in Jaffa and witness the tremendous efforts that were invested by us,” they said.

Eco Wave Power achievements were recognized earlier this month, when the company was shortlisted for the Prestigious Erasmus Energy Awards to be held as part of the EU Sustainable Energy Week 2015, in the Netherlands.