Wednesday, 07 June 2017
0
Dan McCue
Swedish company Waves4Power connected its 250kW wave energy power system to shore and began delivering power to the Norwegian grid on June 2, 2017. It is one of the first wave devices in the world to achieve this milestone. 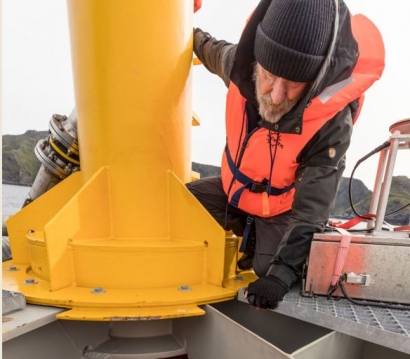 The Waves4Power wave energy system consists of the WaveEL buoy, a connection hub, and custom designed proprietary marine cables from the buoy to the hub, and from the hub to shore. The cable from the hub to shore is 3 km long. The complete system is the result of years of development work, prototypes, and testing.

The WaveEL buoy was deployed at Runde in February 2016. A week after deployment, the system was met with 14 m high waves at the launch site. In April and May of 2017 the complete system was installed on site and connected to the land-based power grid. Runde Environment Centre and Tussa Energy, the local power company, were involved in the project. The marine operations were planned, supervised, and performed by BlueOrbis AB and Olympic Shipping AS.