Thursday, 12 January 2017
0
Robin Whitlock
A new study from the US Department of Energy has found that upgrades and additions to American transmission infrastructure creates a more resilient grid while delivering low-cost wind energy from mountain states. 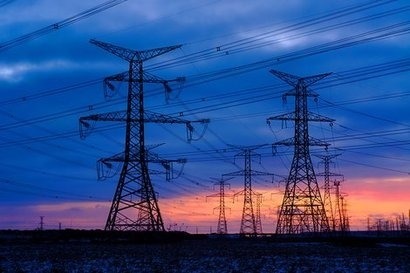 The findings indicate that such upgrades and additions would provide $2.3 to $3.4 billion a year in consumer savings, paying for the cost of the transmission lines in under five years. Following DOE’s second installment of the Quadrennial Energy Review (QER), released on 2nd January, the DOE study reinforces the QER’s findings by putting hard numbers on the benefits new transmission provides American consumers.

“As Congress and the incoming Administration look for opportunities to enable private investments in American infrastructure, electric transmission should rise to the top” said American Wind Energy Association CEO Tom Kiernan. “Renovating and expanding our outdated electric grid aids national security while saving consumers billions of dollars and creating more ways Americans can earn a paycheck. And once built, expanded transmission opens new export markets for states like Wyoming, Montana, and New Mexico, who will be able to turn their wind resource into gold.”

Just four planned transmission lines in the Western US, Transwest Express, Sunzia, Zephyr, and the Mountain States Transmission Intertie, would provide $2.3 billion a year in benefits by providing customers with access to world-class wind resources. Building new transmission and wind energy projects to harness these resources will bring hundreds of millions of dollars in private investment and new jobs to rural communities. 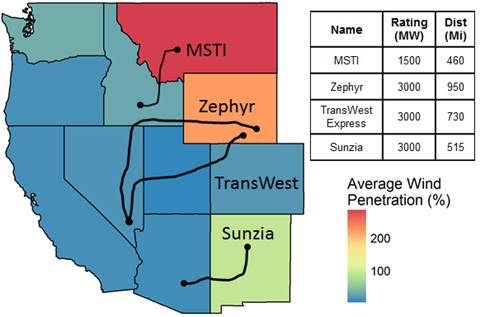 These four transmission lines, if built, would save consumers $2.3 billion a year.

Kiernan added that Congress and the Trump administration can open the floodgates for hundreds of billions of dollars in private investment to flow into modernising the US electric grid at no cost to the taxpayer. To do it, they would start by fixing unworkable transmission planning and permitting policies that block private investment. Right now permitting gets in the way of business and that can delay needed expansion of the nation’s grid by nearly a decade.

The study also concluded that grid operators on the Western power system could readily and reliably integrate 35 percent of its electricity from wind energy plus 12 percent from solar energy. Other studies from grid operators have documented that investing in transmission quickly pays for itself by providing consumers with access to low-cost electricity.

The QER reached similar conclusions about the value of investing in America’s transmission infrastructure, labeling the transmission system a “national security asset.” The report explains that $350-500 billion is needed to modernise the electric grid, and calls for an expanded loan guarantee effort to facilitate that private investment. The QER also notes that transmission permitting and planning are “complex processes that can slow transmission development and increase costs.”