Wednesday, 27 February 2013
0
Robin Whitlock
The shortlist, which has just been announced, includes a broad range of organisations both large and small, recognising outstanding contributions across fifteen different categories 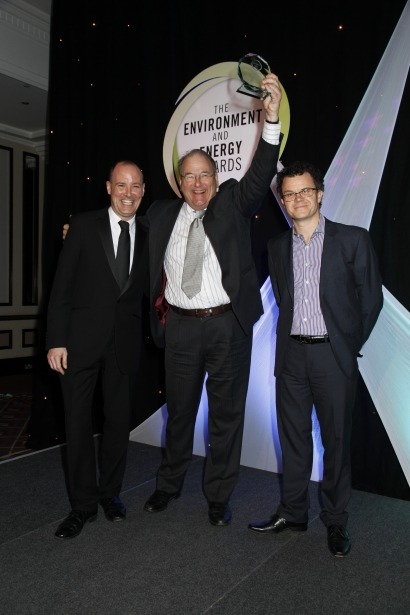 Finalists for the UK Environment and Energy Awards 2013 have just been announced by Sustainability Live, a brand of the Faversham House Group. The awards this year reflect the broad diversity of sustainability projects being developed in the UK including environmental leadership initiatives and technical innovations developed over the past year.

The longest running and most prestigious award, ESTA Energy Manager of the Year, has attracted a large number of entries this year and the shortlist includes Barr Ltd, Redcar and Cleveland Borough Council, Cable & Wireless Worldwide, Scarborough Borough Council, the University of St Andrews and Virgin Active. Other awards include the Sustainable Business of the Year Award with finalists including Élan Hair Design, the Aberdeen-based hair stylists which amongst various initiatives has implemented a conversion to solar energy and provided waste hair to local farms for composting. Elan is competing against five other finalists for this award including the Environment Agency and Marks & Spencer.

Six finalists are competing for the Innovative Energy-Efficient Project Award category including Yorkshire Water, Memset and Siemens. Yorkshire Water ran a project to produce an enhanced treated sludge system upstream of its existing anaerobic digestion plant with the aim of significantly increasing gas yield and power generation.  Memset meanwhile used analysis to unblock bottle-necks in its infrastructure and Siemens incorporated a high level of energy efficiency into its new Crystal building in London’s Docklands. The building is the first ever to be both BREEAM (Outstanding) and LEED (Platinum) certified.

“The Environment and Energy Awards are a landmark event in the energy and environment industry’s year, and with the outstanding entries that we have received, they promise to be more exciting than ever before” said Event Director Donna Bushell. “The finalists reflect remarkable developments in our sector, reducing carbon and devising solutions that will have an impact on our environment for many years to come. We are looking forward to welcoming all the finalists at the event in April.”

Head of Judges Martin Fry commented that the judges were impressed with the quality, diversity and the commitment demonstrated to energy and environmental reductions in all the entries received.

“It is becoming a very challenging task to select not just a shortlist, but eventual winners, because so many of the entries are innovative and ground-breaking in their approach, and they achieve such remarkable results” Mr Fry said. “We would like to congratulate all the companies that entered; and in particular the finalists whose innovation during the most difficult economic conditions, illustrates the importance they attach to sustainable practices.”

The winners will be announced at a Gala Dinner at the National Motorcycle Museum in Birmingham on the 16th April, the first evening of Sustainability Live 2013 (NEC, 16-18 April). The event is one of the leading environmental exhibitions in the UK with a particular focus on the energy, water and energy from waste sectors.