Monday, 14 March 2011
0
Toby Price
Concerns surrounding the safety of nuclear power have been raised once again as technicians race to stabilise a third reactor at the Fukushima Daiichi nuclear plant in Japan, after a second explosion rocks the plant severely damaged by Friday’s tsunami. 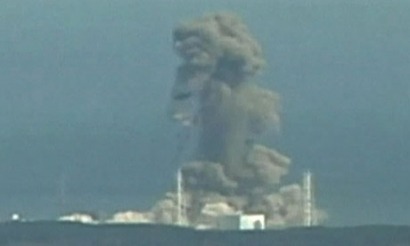 Renowned for having the best earthquake defences anywhere in the world, Japan is struggling to avoid the meltdown of several nuclear reactors at the Tokyo Electric Power Company’s Fukushima Daiichi plant, which was damaged not by the earthquake itself, but by the ensuing tsunami.

While experts say a disaster on the scale of Chernobyl in the 1980s is highly unlikely because the reactors are built to a higher standard, Japan's Nuclear and Industrial Safety Agency is reported to have said workers are battling rising pressure within the reactor and are trying to inject sea water into the reactor to cover the fuel rods, cool them down and prevent a possible catastrophic meltdown.

The unfolding disaster once again raises questions of the nuclear industry’s ability to guarantee absolute safety of its plants and the World Council for Renewable Energy (WCRE) has insisted on a global ban on new nuclear power, the phase-out of current plants and a decisive, immediate move to a 100% renewable world.

In a statement issued today, the Chairpersons of the WCRE expressed their shock and sorrow, and their full sympathy and solidarity with the people of Japan, but then went on to talk about how the disaster has raised “the additional spectre of an hitherto unthinkable and manmade catastrophe: a series of nuclear meltdowns”.

The WCRE believes Japan and indeed the world’s reliance on nuclear power is “entirely unnecessary” and insists on “the global and coordinated move to finally outlaw all nuclear power”.

“After Harrisburg, Three Mile Island, Chernobyl and Fukushima it is time to wake up and terminate reliance on and trade in this incredibly dangerous technology. No matter how small the risk of a similar event may be in any country it can never be excluded,” says the WCRE.

“Those who falsely argue that nuclear power brings with it a calculable and acceptable risk because there is no alternative are guilty of cynical cruelty against humanity. They also accept the risk of a global economic collapse,” it goes on, stressing that studies have shown that this is virtually certain to result from a nuclear meltdown of any atomic plant in Japan with Tokyo Electric Power reported to begin controlled black-outs in Tokyo, one of the three primary global financial hubs, besides New York and London.

The WRCE concludes that “it is high time for the immediate and unwavering turn to a fully renewable world: there is no country that cannot be provided with renewable energy alone. The path to a global nuclear and fossil-fuel free world is practical, affordable and safe, builds prosperity and, above all, strengthens resilience in the face of natural disasters”.

Elsewhere, Reuters reports that Switzerland has put on hold some approvals for nuclear power plants, while Bloomberg reveals that Germany's Chancellor Angela Merkel has said government plans to prolong the lifespan of Germany’s nuclear power plants have been on hold for three months pending the outcome of an inquiry into reactor safety following the disaster in Japan.

The market also appears to be sending out signals of concern about the future of nuclear power as utility companies with nuclear interests such as Eon see their shares slump, while shares in renewables companies such as Q Cells and Vestas are on the up.