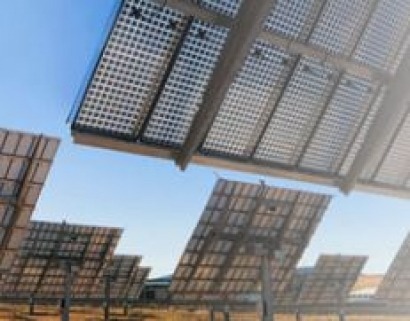 The company will now seek to refinance the project and launch the construction of the power plant.

Based in the Western Cape, close to the Aquila Private Game Reserve (in which Soitec has already built a pilot facility), the Touwsrivier power plant will ultimately have 44 MWp in capacity.

Construction is scheduled to be completed during 2014, but commercial operation of the first installed systems will begin in mid-2013.

Gaetan Borgers, Executive Vice President of Soitec’s Solar energy division, said: “Approval of the power purchase agreement by the South African Ministry of Energy and its signature by national electricity supplier Eskom represent a major step forward in the expansion of our business in South Africa and generally worldwide. It reflects the suitability of our concentrating photovoltaic technology for very sunny regions. Thanks to our first-class ability to innovate and our industrial expertise, our modules boast a yield of close to 30% and a very long service life.”

According to the Integrated Resource Plan (IRP2010) launched by the South African Department of Energy, about 42 percent of the electricity generated in the country will come from renewable resources in 2030.

The IPP program calls for 3,725 MW in renewable energy capacity to be built, including 1,450 MW in photovoltaic power. 18 solar photovoltaic projects (out of 28 renewable projects) were selected after the IPP first bid submission.

“We are very pleased and honored that our Touwsrivier project is one of the first to have been selected by the South African Department of Energy," said André-Jacques Auberton-Hervé, Chairman and Chief Executive Officer of Soitec. "Our concentrating photovoltaic technology can be used to harness an immediately available, renewable and carbon-free energy source. The fact we are able to take aspects of local content into account is another key point of our approach. The South African government is pursuing an ambitious energy policy and should be commended for doing so. I am delighted that we can help it to achieve its targets.”