Universal energy access by 2030 is now within reach says IEA

Friday, 20 October 2017
0
Robin Whitlock
A new and detailed report by the International Energy Agency (IEA) finds that the most cost-effective strategy for providing universal access to electricity in developing countries is compatible with global climate goals. 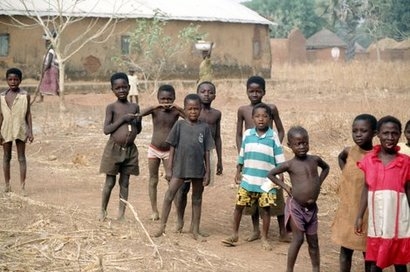 The new report, Energy Access Outlook: from Poverty to Prosperity, part of the World Energy Outlook-2017 series, provides a first-of-its-kind historical analysis for 140 countries and shows that the number of people without access to electricity fell to 1.1 billion in 2016, down from 1.6 billion in 2000. The analysis also finds that universal energy access would prevent millions of premature deaths each year and would benefit women the most as it would free up billions of hours currently lost to gathering fuelwood.

Developing countries in Asia are making significant progress, with  many countries in the region are well on track to reach universal energy access by 2030. India is on course to reach that goal by the early 2020s. However, despite this progress, 674 million are set to remain without electricity access in 2030, 90 percent of which live in sub-Saharan Africa.

“The good news is that a convergence of political will and cost reductions is accelerating progress” said Dr Fatih Birol, the IEA’s executive director. “Just look at India, which has provided electricity access to half a billion people since 2000. The government’s tremendous efforts over the last several years have put it on track to achieve one of the biggest success stories ever in electrification.”

Although fossil fuels, mainly coal, have been the primary new sources for electricity access since 2000, renewables are catching up quickly, providing more than a third of new connections in the last five years. This shift is expected to accelerate in coming years, and by 2030 renewables are set to provide new electricity access for three-in-five people, according to the analysis.

The report also presents a strategy for achieving universal energy access, one of the United Nations Sustainable Development Goals (SDGs) adopted in 2015 by 193 countries to ensure universal access to affordable, reliable and modern energy services by 2030. The report highlights the associated costs and benefits of such a strategy, underscoring the central role of energy in meeting human and economic development goals.

Unlike electricity, improved access to clean cooking facilities remains elusive. Today, 2.8 billion people still rely on biomass, coal and kerosene for cooking, roughly the same number as in 2000. Despite an increasing awareness of the health, human and environmental costs associated with these fuels, 2.3 billion people remain without clean cooking access in 2030, with 2.5 million people dying prematurely each year as result of household air pollution.

The report presents an “Energy for All” case showing that providing universal access by 2030 would require an investment of $31 billion per year, equivalent to less than 2 percent of global energy investment. The overwhelming majority of this extra investment would need to be directed to sub-Saharan Africa, and most of it to renewables. The investment required for clean cooking facilities, including liquefied petroleum gas, is modest and amounts to less than one-tenth of the total.

There are many benefits to achieving energy for all. Women will save one hour per day when they do not need to collect fuelwood, freeing up the equivalent of a workforce of 80 million people, while reduced household air pollution will prevent 1.8 million premature deaths per year.

It would also not cause a net increase in global greenhouse gas emissions. While energy demand and related CO2 emissions would increase by minimal levels (about 0.2 percent), this would be more than offset by net reductions in greenhouse-gas emissions that result from lower use of biomass for cooking.